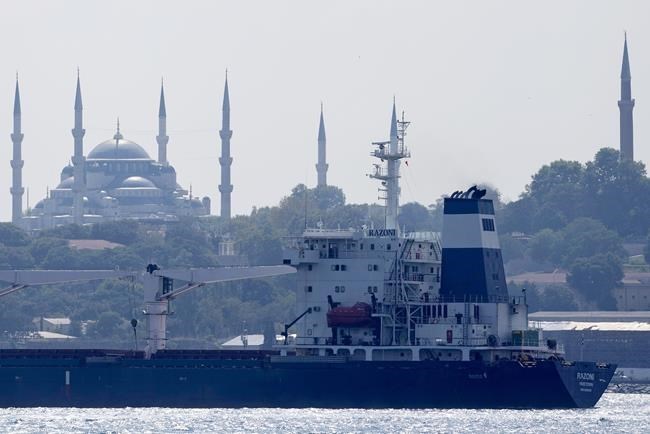 The departure of the ships comes after the first grain ship since the start of the war left Ukraine earlier this week. It crossed the Black Sea under a wartime deal and passed inspection Wednesday in Istanbul and then headed on to Lebanon.

Ukraine is one of the world’s main breadbaskets and the stocks of grain trapped were exacerbating a sharp rise of food prices and raising fears of a global hunger crisis.