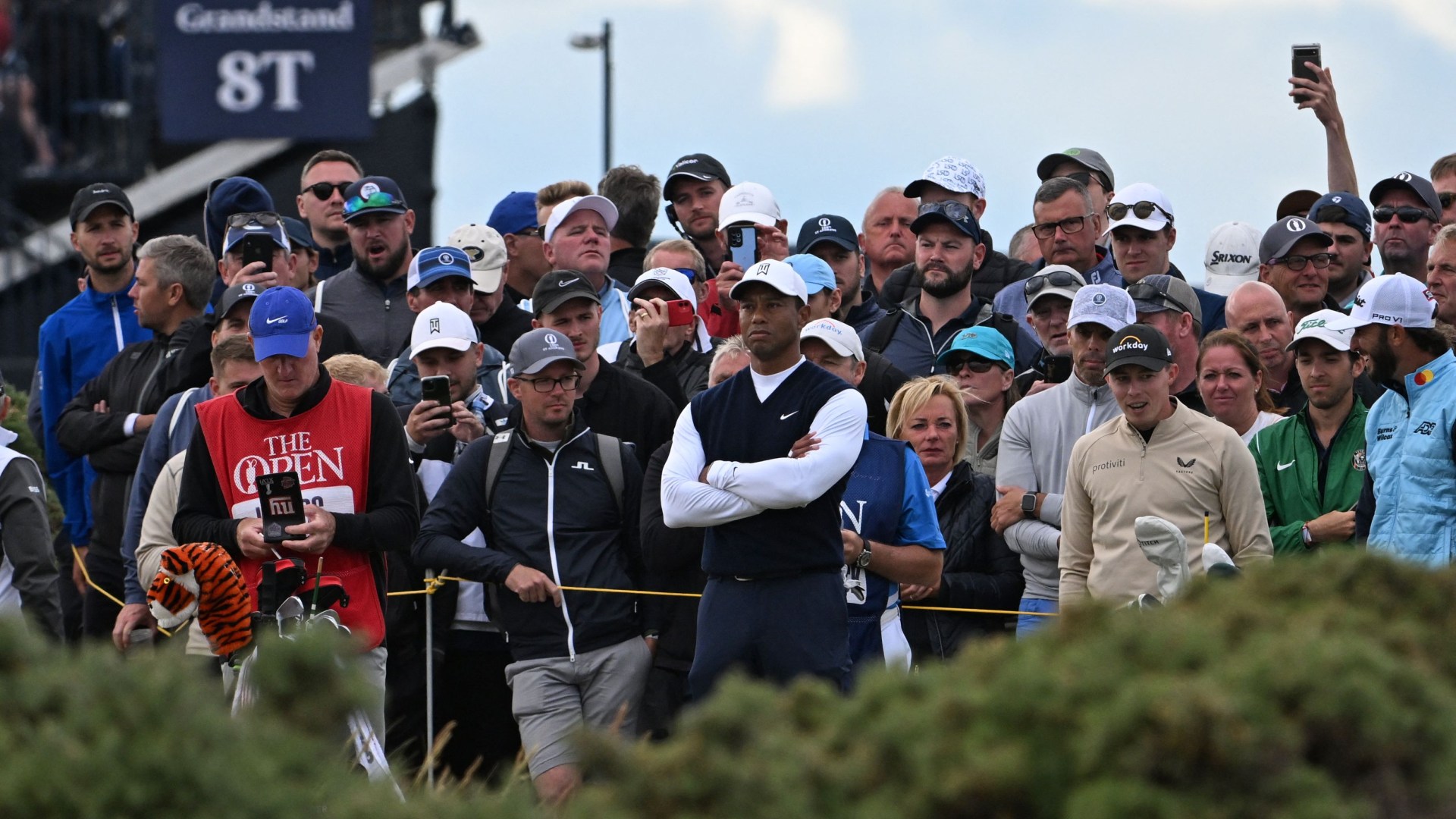 Golf is hard and a number of the sport’s biggest superstars have experienced that with the perils of the Old Course.

A series of gaffes showed just how tricky the iconic Open setting can be as the first day of action got underway in Scotland.

The 150th Open has already hit Tiger Woods, Viktor Hovland and Ernie Els, as the world’s oldest golf course showcased what makes it so special.

Woods, returning to a place he knows so well, managed to send his second shot of the day into the water of the historic Swilcan Burn.

There aren’t many more iconic combinations of players and hazards in the sport, with the returning 15-time Major champion ending with a double-bogey ahead of a miserable start to his opening round.

Els had a far better first outing than Woods, but managed an even more shocking shot on the 17th, narrowly avoiding a repair bill from St Andrews.

The South African former world number one sent his tee shot spiralling over the Old Course Hotel, ending up out of bounds in the grounds of the building and nearly taking out some windows.

And despite finishing an impressive two under par, he was still annoyed, saying: “I putted nice and played good, I just had that one frickin’ tee shot on 17. Anyway, that’s my day.


The Open second round tee times: Woods with Fitzpatrick as McIlroy joins Morikawa


All you need to know about The 150th Open as Woods, Rory and co eye St Andrews glory

“Hit it in play and hit good iron shots and played the course the way you should play it, just felt comfortable. That one shot is going to keep burning me until tomorrow.”

Meanwhile, Norwegian Hovland is not enjoying the infamous bunkers at the Old Course.

The world number nine took four tries to get out of a bunker from hell during his practice round.

Hovland smiled and gave a tip of the hat after his delayed escape, but was soon back in the sand at the start of his tournament proper.

Having birdied two of his first three, Hovland ended up with an impossible angled shot at the fourth hole.

Despite probable flashbacks from his practice round, this time he got out at the first time of asking, but still hand to settle for a bogey.

He had another horror lie in the sand a few holes later, needing to take a penalty drop but still escaping with his par.

Despite the double bunker blow, he ended up firing home three birdies to complete his round and finished with a superb 68.

The Old Course is clearly up for the fight this week but who else will come a cropper?