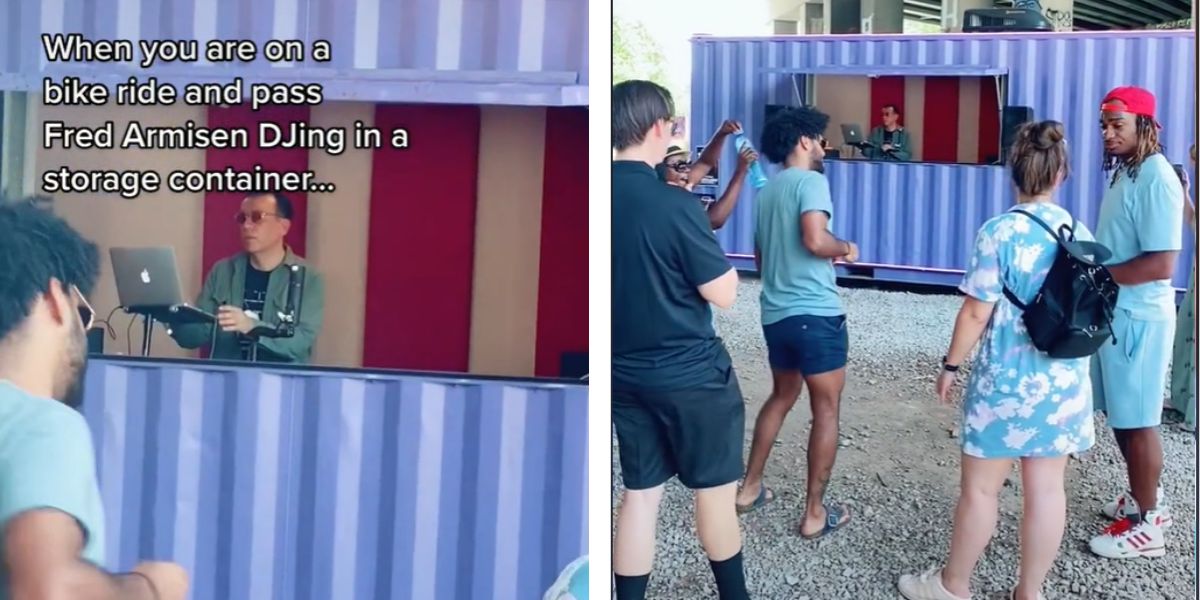 You may have watched Fred Armisen’s acting and comical chops, but did you know he could DJ too?

Just like you, several TikTok users are stunned at watching the comedian perform in front of a live audience in a storage container.

Fans who spotted him found themselves asking what was going on as Fred of all people was putting up quite the show.

Watch it below for yourself!

Fred was spotted by a passerby when he was having a lowkey DJ session at the Beltline Atlanta.

One of the TikToks shows him performing in a purple storage container and interacting with the audience that was rather surprised to see him there.

The comedian says to his fans that the songs he was playing were from his playlist, and he was trying to create “summery” vibes, before picking out much harder beats.

At the time of writing, the TikTok has clocked more than 300,000 likes on the platform as fans continue to react to it.

Although Fred had very few live audiences to witness his DJing skills, fans can’t stop talking about the vial TikTok.

One commented: “I would expect nothing less from Fred Armisen.”

Adding to the above comment, another wrote: “This is the most Fred Armisen thing I’ve ever seen”

“I would have died to be there! Fred Armisen and English Beat in one place,” one thrilled fan said.

Another wrote: “This would’ve been the best experience of my life.”

He has appeared in a number of shows

Fred is one of the most popular comedians in Hollywood. However, his talent stretches beyond comedy.

Apart from being known for his role on SNL, Fred is popular for creating and acting in the hit show Portlandia. He voiced the Looney Tunes Show and is a frequent drummer on Late Night with Seth Meyers‘ house band, The 8G Band.

He has made guest appearances in shows and films such as Parks and Recreation, Brooklyn Nine-Nine, New Girl and The Last Man on Earth among others.

In other news, Jenni Neidhart and her sister mark Father’s Day with Instagram tribute to WWF dad