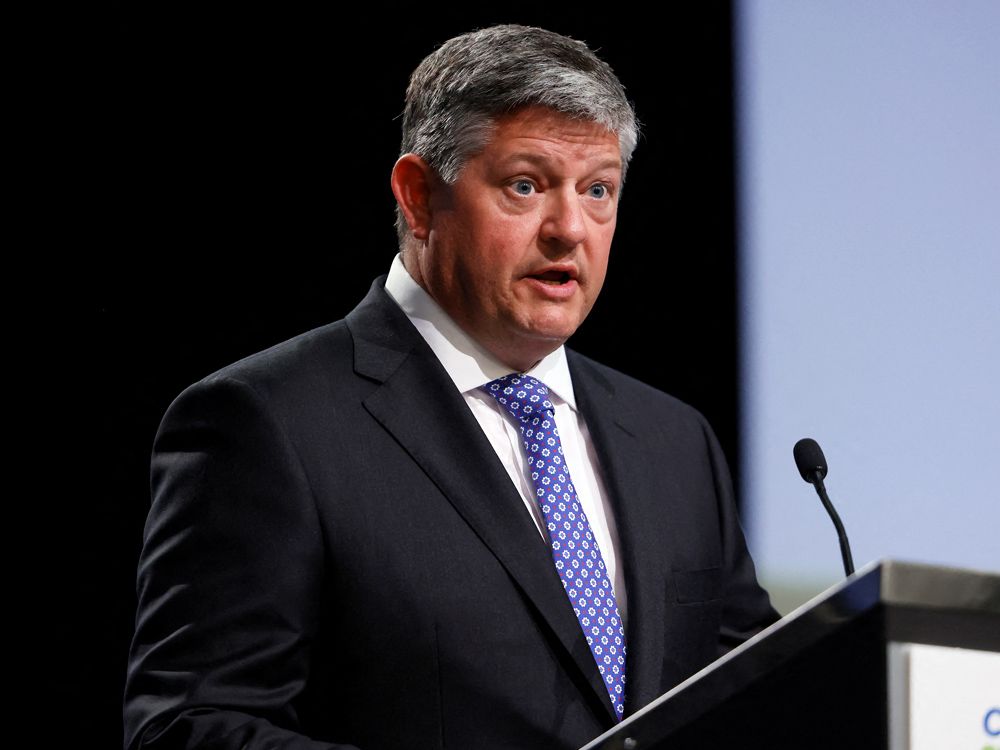 Conservative leadership candidate Scott Aitchison promises that, as Prime Minister, he would put an end to Canada’s “One China” policy and recognize Taiwan as a sovereign state.

“Taiwan is ready for this. We can’t be naive about what’s going on in the world. All we have to do is look at Hong Kong or Ukraine to see what some countries are willing to do when no one stands up to them. So it’s time,” said Aitchison in an interview with the National Post.

The Canadian government’s current policy acknowledges there is only one Chinese government, and does not maintain official government-to-government relations with Taipei.

But Aitchison said the policy was based on the premise that increased trade and prosperity with China would lead to greater adherence to human rights, but that “simply hasn’t worked,” he said. “It’s a policy that really has failed. It’s time to move on,” he insisted.

He also announced that he would work with Canada’s allies and trade partners to welcome Taiwan into trade agreements and support the country’s efforts to join international entities.

According to him, it’s a matter of “leadership” on the world stage for Canada.

“We need a prime minister that leads not just our own party and our country with principles, but actually leads the world with principles too, and builds relationships with other world leaders to make sure to be working in lockstep with each other to stand up to bullies like China,” he said.

Former Conservative leader Erin O’Toole recently alleged in a podcast that his party lost eight or nine seats to China’s alleged foreign interference in the latest federal election, presumably because of the party’s tough stances against Beijing’s communist regime.

Aitchison dismissed suggestions that his proposal to recognize Taiwan could irritate Beijing further and possibly cost the party more seats in the Canadian Chinese community.

“It’s safe to say that China’s espionage activity does threaten the Chinese diaspora here in Canada. And so to me, this is not just about standing up to a bully nation, but it’s also standing up for Chinese Canadians,” he insisted.

Not all Conservative leadership contenders are taking the same stance in regards to China.

As reported by National Post’s Tom Blackwell, Brampton, Ont., mayor Patrick Brown has been winning the support of Beijing-allied groups during the race.

But Brown said those groups have been supporting him because of his strong stance against anti-Asian hate and desire to better integrate Chinese-Canadians into the Conservative Party of Canada, not because he shares their views on Canada-China relations.

Brown also said in an interview that it is “possible to walk and chew gum at the same time” or, concerning China, “raise human rights concerns and highlight Canadian values at the same time you expand trade.”

Former Quebec premier and leadership contender Jean Charest has faced many questions about his involvement in the Huawei executive Meng Wanzhou extradition case in which his team at the law firm he was working at, McCarthy Tétrault, was a part of in 2019.

Charest has however repeated that he would “never” do anything that would be contrary to Canada’s interests and said he would not shy away from criticizing China’s Communist Party.

Aitchison said that he is not making his position known in Taiwan to score political points or to appeal to any community, but rather because he wants to make his position clear on the issue.

“I believe in standing up for the values of freedom and democracy everywhere,” he said. “It’s not necessarily a Conservative value. I think it’s a Canadian value and that’s what I believe is why we should take the stand.”