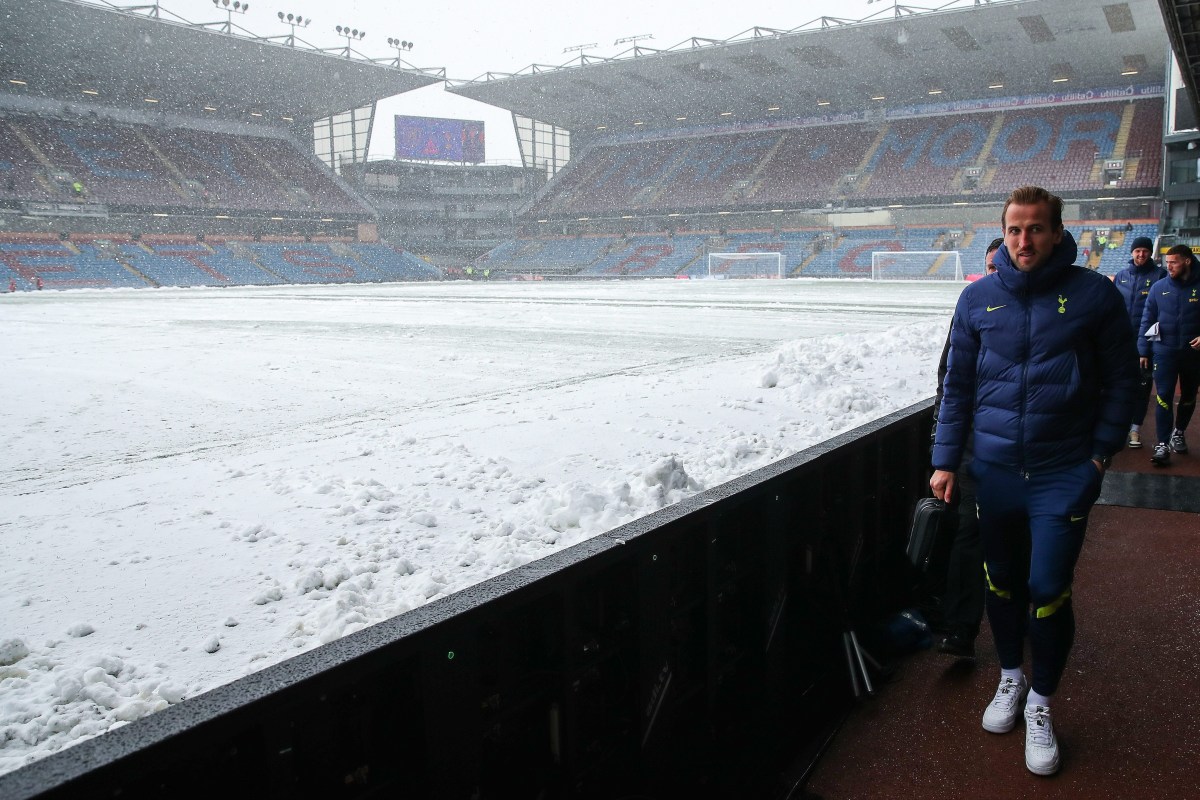 Two Tottenham fans had the worst luck in the world when their 31-hour trip to watch their team play at Burnley proved to be a pointless endeavour as the match was postponed.

The Turf Moor pitch was simply unplayable because of the snow and as a result it meant that Spurs’ Premier League game was called off.

Given how advanced pitches are in the Premier League in dealing with adverse conditions, it would have been a real disappointment for both clubs that they were unable to carry out this contest.

None more so than Ken and Brandi Saxton, who travelled all the way from Dallas in the USA to watch their beloved side.

“Dallas to London to Burnley (almost there) 31 hours – no sleep,” Ken tweeted, as he detailed his train from the capital to the north of England.

“Frigid temps and snow predicted for match day. The things we do when you love your club @SpursOfficial #coys #thfc #snowmatch.”

Whilst he would have been devastated to have travelled all that way and have the match cancelled, it wasn’t all bad news.

The pubs were still open and as any football fan, Ken did not hesitate to pop in for a pint.

As with all great supporters, Ken’s comments were filled with kind hearted messages, including one from former player Graham Roberts who urged the club to help the Spurs fan.

Sorry mate I hope the club do something for you.

Ken and Brandi’s day went from bad to brilliant as Spurs striker Harry Kane invited them to be his guest at a game in the future.

The England star wrote: “Just been sent this tweet and absolutely gutted for you! For your commitment and to make up for the match being called off I’d like to invite you to a home game as my guest when you’re next in London.”

Kane’s offer unsurprisingly went down well and Brandi responded on Twitter: “Well the husband has officially gone viral and we’ve personally been invited to watch the Spurs by Harry Kane!!”

Not everyone was put off by the weather, however. While many were wrapped up to combat the cold, Burnley manager Sean Dyche inspected the pitch wearing just his shirt and trousers.

Just been sent this tweet and absolutely gutted for you! For your commitment and to make up for the match being called off I’d like to invite you to a home game as my guest when you’re next in London 👍 https://t.co/wB3c8c40HN