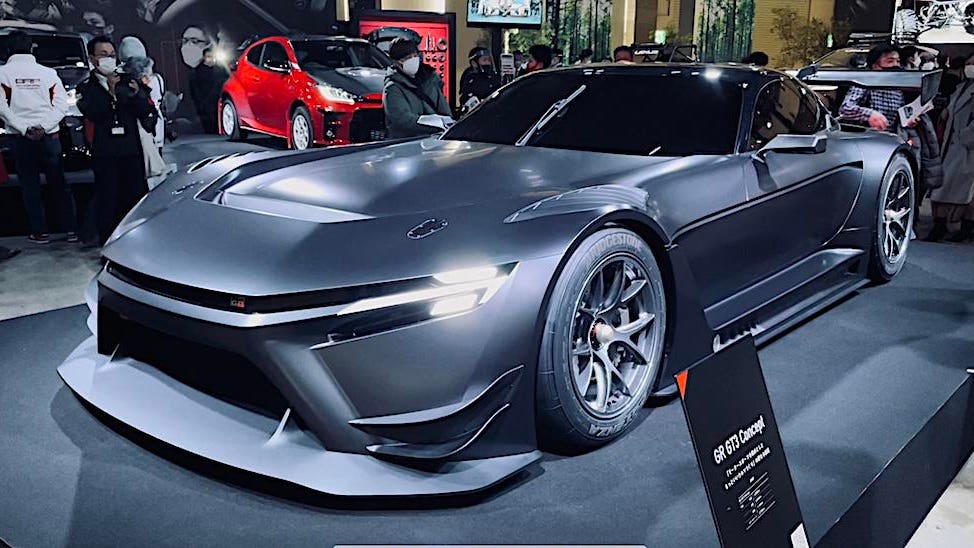 Held in mid-January each year, the Tokyo Auto Salon is one of the biggest car customizing shows on the planet after America’s SEMA and Germany’s Essen events. But its role is changing. To briefly explain, let us just say that the more traditional Tokyo Motor Show has progressively lost its position on the world stage, meaning that the Auto Salon has had to double as a customizing show and a place for carmakers to launch new products.

This year, Toyota Gazoo Racing—Toyota’s in-house customizing and motorsport arm—offered one of the most comprehensive stands ever seen at the Auto Salon. There is little doubt that racing lies at the heart of the brand’s DNA, with a recent victory in the grueling 2022 Dakar Rally, four consecutive wins in the legendary Le Mans 24 Hours classic, two World Rally Championship manufacturer’s titles in the last four years, and multiple convincing wins in Japan’s Super GT Series.

So when Toyota revealed its startling GR GT3 Concept at the Auto Salon, it led to many raised eyebrows. Arguably one of the most exciting manufacturer concept cars to ever star at Makuhari Messe, the long-nosed GR GT3 Concept is unlike anything that the company has raced in recent years, and borrows nothing from the brand’s huge range of road-going vehicles. In the GR Supra and GR86, Toyota has two front engined, rear-drive coupes in its lineup, but the GR GT3 appears completely bespoke. Whether the car is destined for Japan’s Super GT series is yet to be confirmed, but with that “GT3” reference, you’d expect as much.

With its extra-long nose, long wheelbase, straight belt line, sharp sleek front end, huge rear wing and a rear brake light design that resembles that of the Porsche Taycan, the GR GT3 looks more than ready for the race track as is. Interestingly design cues appear to have been taken from rival manufacturer racing cars with its side profile almost mirroring the proportions of the highly acclaimed Mazda RX Vision concept of 2017.

Specification details though are slim at present. Toyota officials are remaining tight-lipped on the powertrain, but given the fact that the car has exhaust pipes, we can expect it to pack a hybrid powertrain, most probably a V6 married to a turbo and a plug-in hybrid system that would develop upwards of 600-hp.

Gazoo Racing plans to commercialize motor sport models first, in stead of taking road-going cars and modifying them for racing. Even if Toyota does not make a road-going version of the GT3 concept, we hope that signature design elements of this awesome looking machine make their way into production cars.

Like Mazda’s RX Vision concept, which appeared in Gran Turismo, one definite possibility is that we will see this car feature in Polyphony Digital’s best-selling driving game in the not too distant future, most probably in Gran Turismo 7 which will launch in a few months.