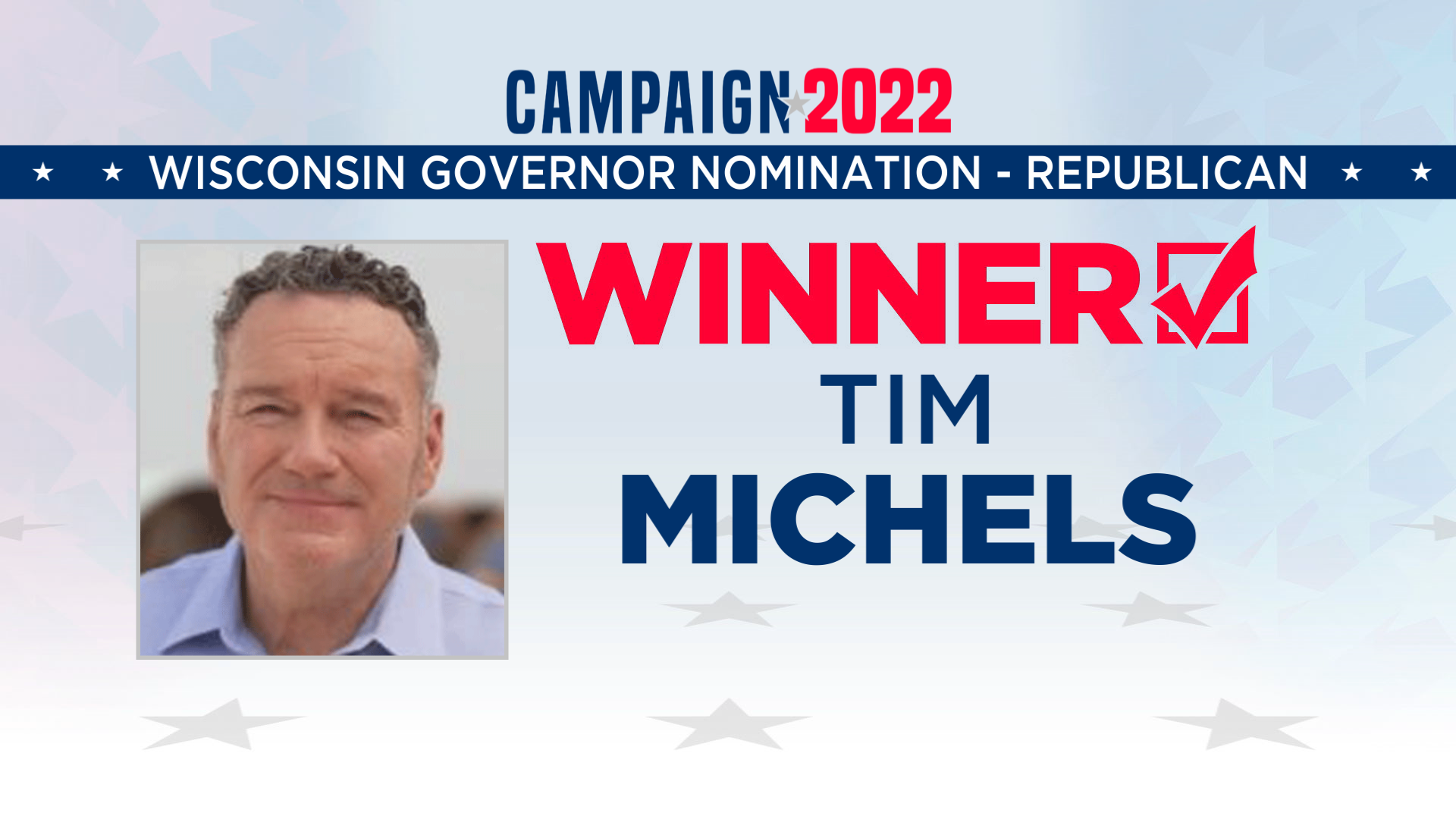 Michels, a multimillionaire construction company co-owner, was in a tight race with Kleefisch leading up to Tuesday and was able to outspend his opponents by largely self-funding his campaign.

Michels, 60, quickly built his campaign and launched TV ads almost immediately after entering the race in late April. The U.S. Army veteran cast himself as an “outsider” to “turn Madison upside down.”

Election integrity, rising crime and expanding school choice were among the top issues Michels ran on.

He will now advance to face off against Gov. Tony Evers in the general election on Nov. 8.

It marks the first time Michels was on the ballot and won since 2004 after he was defeated by Democratic Senator Russ Feingold in the U.S. Senate race.