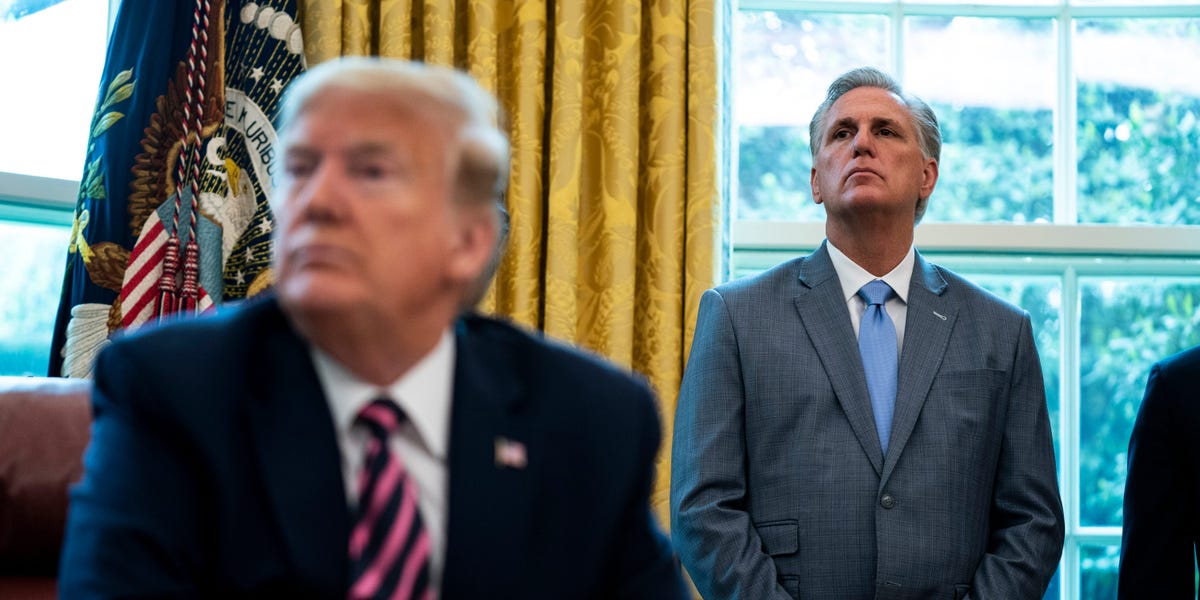 Former President Donald Trump reaffirmed his assist for House Minority Leader Kevin McCarthy in an interview with The Wall Street Journal on Friday following the discharge of a leaked name during which the consultant criticized Trump within the aftermath of the Jan. 6 assault on the Capitol.

“He made a call. I heard the call. I didn’t like the call,” Trump advised The Wall Street Journal of the recordings. “But almost immediately as you know, because he came here and we took a picture right there — you know, the support was very strong.”

McCarthy, who was recorded saying Trump’s habits on Jan. 6 was “unacceptable” and that he would encourage the then-President to resign, known as The New York Times’ preliminary reporting of the tapes “completely false and fallacious.”

In the tapes, McCarthy can be heard saying that Trump acknowledged “some accountability” for the assault.

Trump denied he’d acknowledged his position within the assault on the Capitol to The Wall Street Journal, saying: “No, that’s false. I never claimed responsibility.”