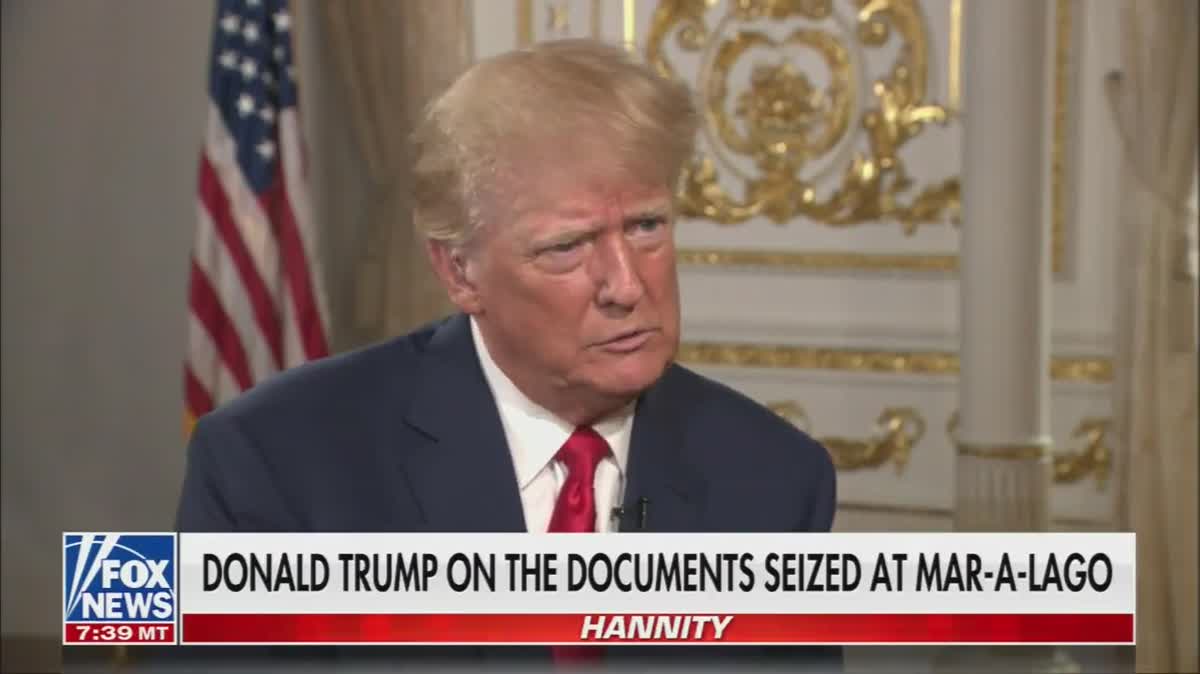 Trump stuns Hannity by claiming the FBI search of Mar-A-Lago may have been to recover Hillary Clinton’s missing emails.

The cockwobbler began this screed by attacking the NARA as a radical left-wing organization and then switched gears to proclaim himself a beacon for QAnon.

“There’s also a lot of speculation, because of what they did, the severity of the FBI coming in, raiding Mar-A-Lago,” he said.

Hannity interrupted Trump, “Wait, wait, you’re not saying you had it?”

“No, no, they may have thought that it was in there,” Trump said.

Trump rambled that the FBI also could’ve been looking not only for Hillary’s emails, but information about Russiagate and the alleged spying on his campaign.

His remarks make no sense as usual.

How could Trump have Hillary Clinton’s deleted emails?

And if he did have Hillary Clinton emails, why hadn’t he declassified them before he left office and exposed them to the world?

Only the most obsessed MAGA cultist would believe it was Hillary’s lost emails that prompted the FBI to search Trump’s Florida golf club.