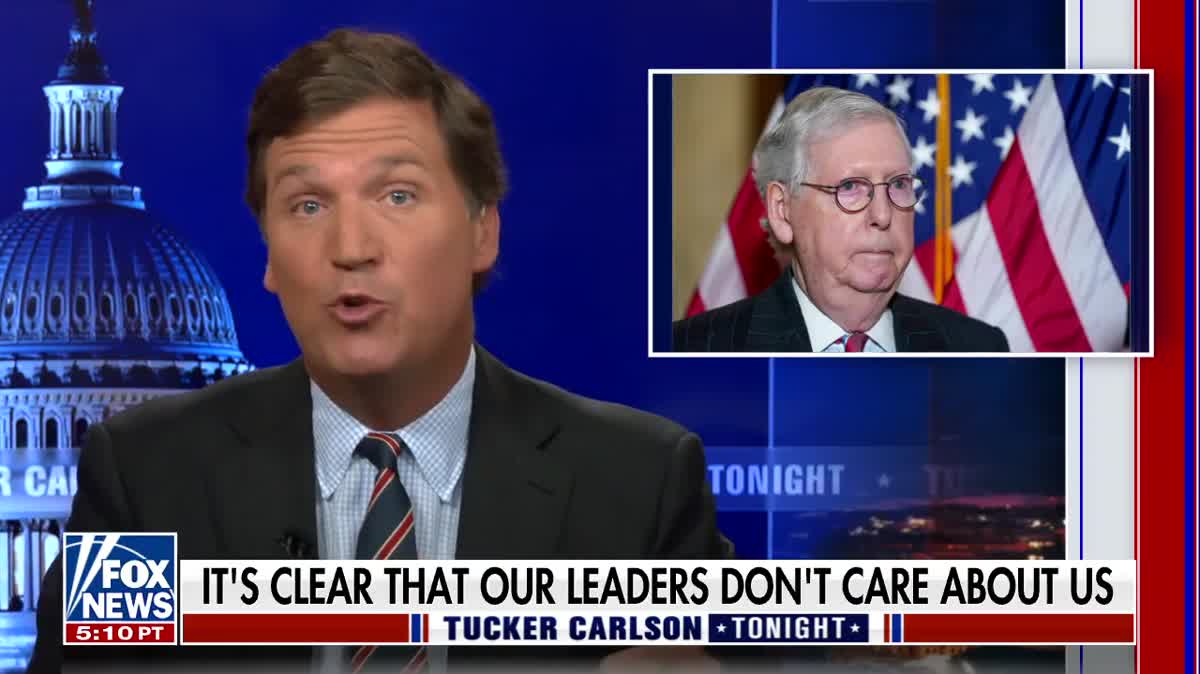 On Wednesday’s Tucker Carlson Reports, the Fox News host ranted towards the most recent House-approved support going to Ukraine and he hoped OUT LOUD {that a} billionaire would fund primaries towards each Senate Republican that votes for it.

After taking part in a clip of Minority Leader McConnell explaining how pressing the state of affairs is in Ukraine, Carlson was flummoxed.

“You gotta hope that there’s some honest billionaire on the market who’s going to fund a major problem towards each single a type of Republican Senators standing by Mitch McConnell as he stated — and we’ll quote once more — “I think we all agree the most important thing going on in the world right now is the war in Ukraine. No…”

Putin has an enormous sh*t-eating grin on his face proper about now.

Carlson continued his rant and, you guessed it, blamed Hillary Clinton for the U.S. supporting Ukraine over Russia.