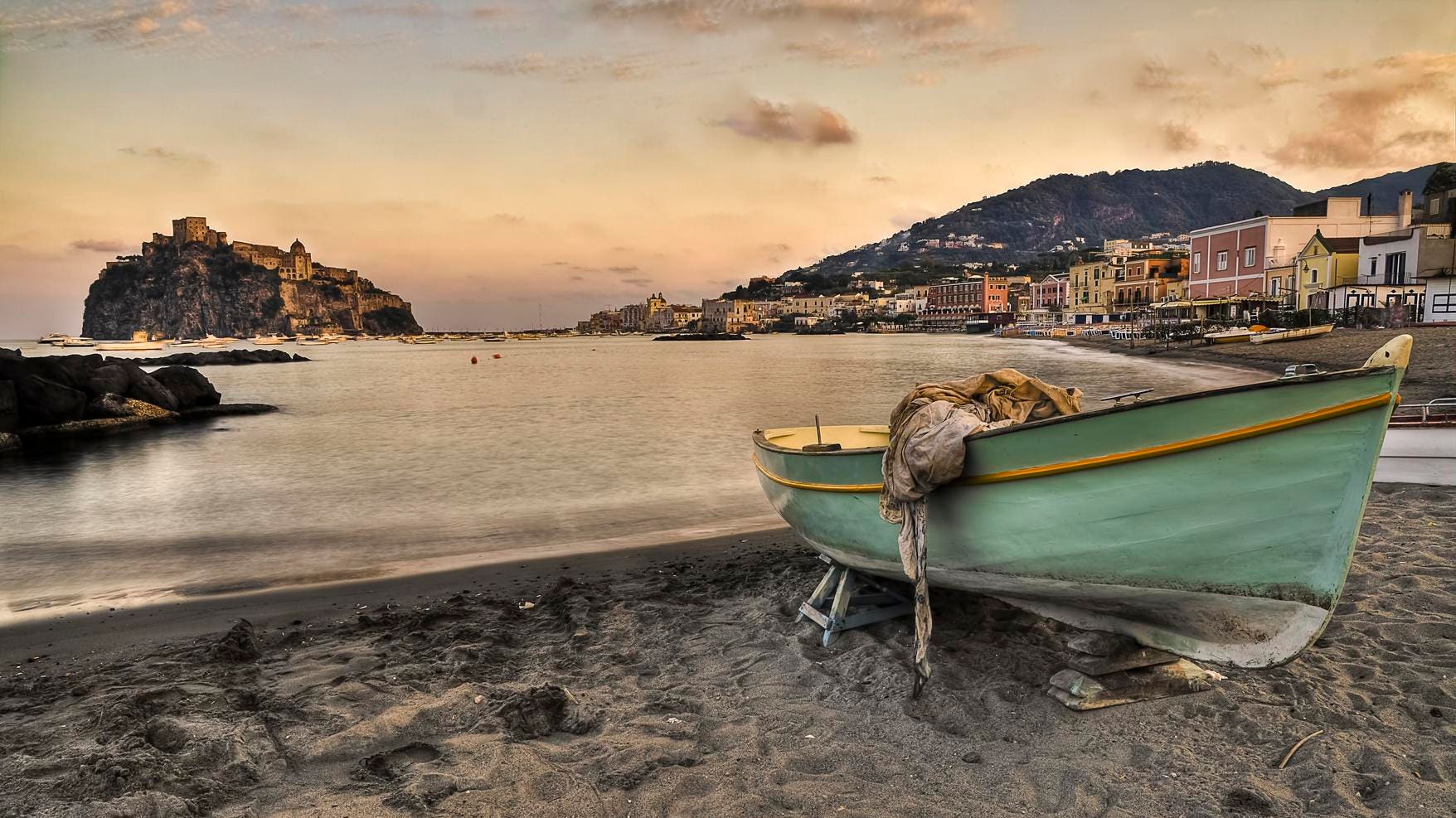 When it comes to wine from Tuscany there is no other family that holds more importance than the Frescobaldi family, now in their 30th generation of Frescobaldi Toscana that include eight estates throughout Tuscany, only placing their wine focus on this much beloved wine region of Italy. There is no doubt that the family is still deeply connected to their remarkable history as a 1,000-year-old noble Florentine family as still many in the Frescobaldi family live in their Renaissance-style palazzo (palace) in the center of Florence in Tuscany. And although they are fiercely committed to guarding the land and culture of their home, they have been leading the way in revolutionizing wine communication as well as surprisingly advancing prison reform.

Lamberto Frescobaldi, the President of Frescobaldi Toscana, talked about not only the major differences between various wine regions within Italy, but that Tuscany as a region itself has a tremendous amount of diversity and that someone could spend the rest of his/her life trying to understand all the various wine areas of Tuscany, which is precisely what he has done throughout his life; he grew up in the vineyards of their Nipozzano estate which is a well-respected subzone of Chianti DOCG, Chianti Rùfina, known for its high-altitude sites.

But through time Lamberto has not only helped his family to acquire more impressive estates, such as another Chianti estate Perano that produces highly-concentrated Sangiovese that is balanced by an overall finesse, but now he is leading the way for Frescobaldi to be part of a project of artificial intelligence (AI), assisting wine drinkers at home and bringing another dimension to Italian prison reform.

Frescobaldi has entered into a partnership with Amazon in Italy that will help give wine drinkers pairing suggestions through the AI-powered digital assistant Alexa based on food, event or mood of person, that will lead the wine drinker to the ideal wine made by Frescobaldi; through time Lamberto is hoping that they will be able to make this program available in the U.S. market. For wine drinkers to receive this advice, they only need to ask Alexa to open “Vino Perfetto ” which translates into English as “Perfect Wine”. Such complex questions such as finding a perfect wine for a romantic evening that is within a certain price point will be easily answered by Alexa as well as pairing a wine to a particular meal.

But their embracing of technology to find new ways to connect with their customers does not end there as they have been testing a Frescobaldi Wine Tasting & Virtual Reality Tour that allows wine enthusiasts to travel to their many grand estates without having to leave the comfort of their home. Nothing can completely substitute visiting a fantastic wine estate in Tuscany but it is not possible for everyone and the Covid pandemic has shown the world that there needs to be an infrastructure built for other ways to connect for not only the health of businesses but also for people’s mental health.

Back in the summer of 2012, Lamberto, among other Tuscan wine producers, received an email from the Gorgona Penal Institute which ran the only still functioning penal island still left in Italy. He was the only one to answer the email and quickly he found himself investing the time and resources in making wine from the vines on this prison island that houses around 100 inmates. His Gorgona wine is only made in small quantities and graces mainly the lists of some of Tuscany’s top restaurants but it is mainly an inspirational program that helps long-time prisoners to reenter the world with a bank account with money, skills, self-respect and a greater sense of the fulfillment of having a job that one can be proud of. And besides all of the inmates working for Frescobaldi earning a salary, there is also the benefit of all of the profits of the wine going back into the penal island – giving more resources to improve living conditions and potentially accommodate more inmates in the future.

Lamberto doesn’t hesitate to say that many of the prisoners have been given life sentences because they had committed violent crimes such as murder but Italy has realized through the years that they cannot afford to keep many of these prisoners in jail for life, and so, the prisoners who have demonstrated exemplary behavior, over 20 years or so in prison, will be given the opportunity to apply to go to the Gorgona island which is off the coast of Tuscany. The inmates on the island are able to freely move around as they spend most of their time working outside tending the organically-farmed vines. “100% of the prisoners released from the island have not returned back to jail,” Lamberto proudly noted as he explained that he was told that 85% of people released from Italian prisons for serious crimes end up going back to prison and spending the rest of their lives in jail.

When he describes the Gorgona wine, made from a white blend of native Italian varieties Vermentino and Ansonica, he said that it has a special taste of “hope”. It may seem incomprehensible how someone could murder someone but some of the inmates that Lamberto has gotten to know have had stories of a dysfunctional childhood with no sense of structure, or someone who felt desperate and no longer a part of society. These men have never been given a chance to find their potential and a sense of where they fit into society. He has hired some workers for his own wineries as well as giving recommendations for others to receive work at other wineries.

“They want to learn everything that is possible” said Lamberto and he has been extremely impressed with how highly-skilled some inmates have become in the vineyards and winery under the supervision of the Frescobaldi’s team and they have even added planting new vineyards to their skill set. In many cases, he hasn’t seen such devotion to the extreme precision of tending to the vineyards and winery that some of these inmates display on their own.

The Frescobaldi family has spent several centuries protecting the precious land of Tuscany that would one day become one of the most popular places that fill people’s dreams. But although he would love for every wine drinker to visit his estates, he knows that there are many who will never be given the opportunity to travel to Tuscany and that is why it is important to use technology to connect to everyone. Whether it is the young person on a budget who wants to be able to “travel” by using her phone or the shy person who can ask Alexa for recommendations in private or the elderly person who finds that Amazon has become a necessity, especially in times like Covid, there are many segments of the population who have found themselves outside of the wine world to whom Frescobaldi now wants to connect.

Yet Lamberto is still driven to do more every day which is most represented by his passion project – Gorgona. He wants to give another chance, to give respect to those that were thrown away by society, and the men are thriving in ways that have even surprised him. Wine is about connecting people with other people, connecting them to the special qualities of a place and keeping the best parts of traditions while improving the worst parts, and no one else is pursuing such lofty goals to the extent as the Frescobaldi family.

2017 Castello Nipozzano, Chianti Rùfina Riserva DOCG, Tuscany: Majority Sangiovese with a small amount of native varieties as well as allowed international varieties. This is Frescobaldi’s most well-known wine and Lamberto says it is like a really outgoing person who is easy to get to know. Delicious black and red cherry fruit with baking spices and round tannins along the juicy finish.

2015 Perano ‘Rialzi’ Chianti Classico DOCG Gran Selezione, Tuscany: 100% Sangiovese from the single vineyard site ‘Rialzi’. Because of the high-altitude of this site, over 1,500 feet, and the well-draining soil, it produces small berried Sangiovese grapes which produce very concentrated wine that “makes a statement” yet has an overall finesse. Lamberto like to compare this wine to a person that seems challenging at first but eventually becomes a close friend. This is a wine with big tannins and intriguing dark, brooding fruit that is balanced by a stunning mineral note that is simply beautiful.

2016 CastelGiocondo, Brunello di Montalcino DOCG, Tuscany: 100% Sangiovese. The 2016 vintage is considered one of the greatest in Brunello’s recent history and they will make great old bones. Pristine red cherry flavors with hints of plum intermixed with dried rose petal and crushed rocks with silky tannins and marked acidity.