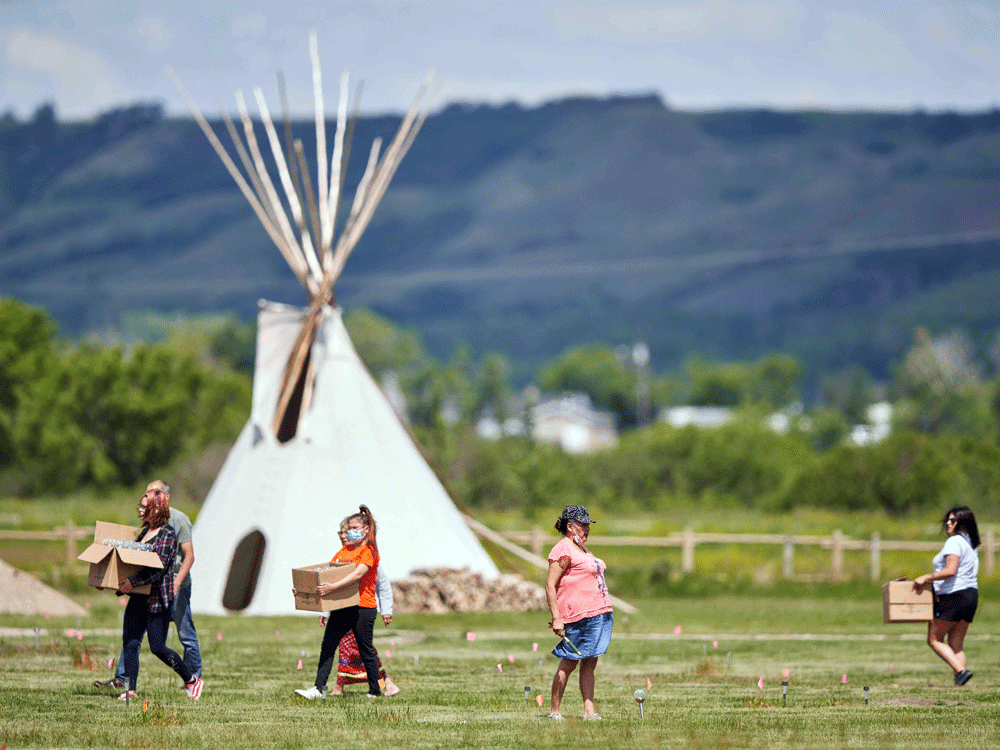 Despite recognizing historic injustices against Indigenous people, two out of three Canadians are still proud of their country’s history, a new poll found.

An Association for Canadian Studies (ACS) and Leger poll, which surveyed 1,547 Canadians through a web panel from Dec. 3 to 5, found that of all respondents, 65 per cent are very or somewhat proud of Canada’s history. Meanwhile, 29 per cent said they were not very proud or not proud at all.

Respondents in Atlantic provinces (29 per cent) and Quebec (25 per cent) were more likely than other Canadians to believe non-Indigenous people hold responsibility. Those from Manitoba and Saskatchewan (63 per cent) and Ontario (56 per cent) believe the responsibility falls on the government.

Jack Jedwab, president and CEO of ACS, said that different beliefs across the provinces vary based on the different situations experienced by Indigenous people. In Manitoba and Saskatchewan, where economic, social, and cultural challenges are more acute, the tendency seems to be to blame the government, he said. On the other hand, in the Atlantic provinces and Quebec, Jedwab said there may be a greater tendency to root the issues through a historic lens and assign more responsibility to people.

“It is hard to say: ‘It is not us but the governments/politicians that are responsible’ when in many instances it was the governments elected by the people,” said Jedwab in an email.

The survey also found that immigrants and visible minorities in Canada are somewhat more likely to blame non-Indigenous people rather than the government. Respondents born outside of Canada (26 per cent) were more likely than those born in the country (20 per cent) to put the responsibility on people. Similarly, those born outside of Canada and respondents who are part of minority communities were least likely to blame the government, both with 46 per cent. Those born in Canada and not part of minority communities were more likely with 54 per cent each.

Ultimately, the poll revealed that whoever Canadians choose to blame for injustices has little impact on how much pride they have in Canada. Of respondents that believe people are to blame for injustices, 59.8 per cent are either very or somewhat proud of Canada’s history. Of those who responded that they believe it is the government’s responsibility, 66 per cent said they are proud.

It seems like most Canadian’s distinguish between, or separate, the historic injustices against Indigenous people and their pride in the country, said Jedwab.

“The vast majority of the population think Canada is a very good country and across all communities have a strong sense of attachment to it,” he said.

The results of the poll were weighted according to gender, age, mother tongue, region, education level, and children in the household using data from the 2016 census to ensure a representative sample of the population. A comparable probability sample of this size has a margin of error of plus or minus 2.5 percentage points.