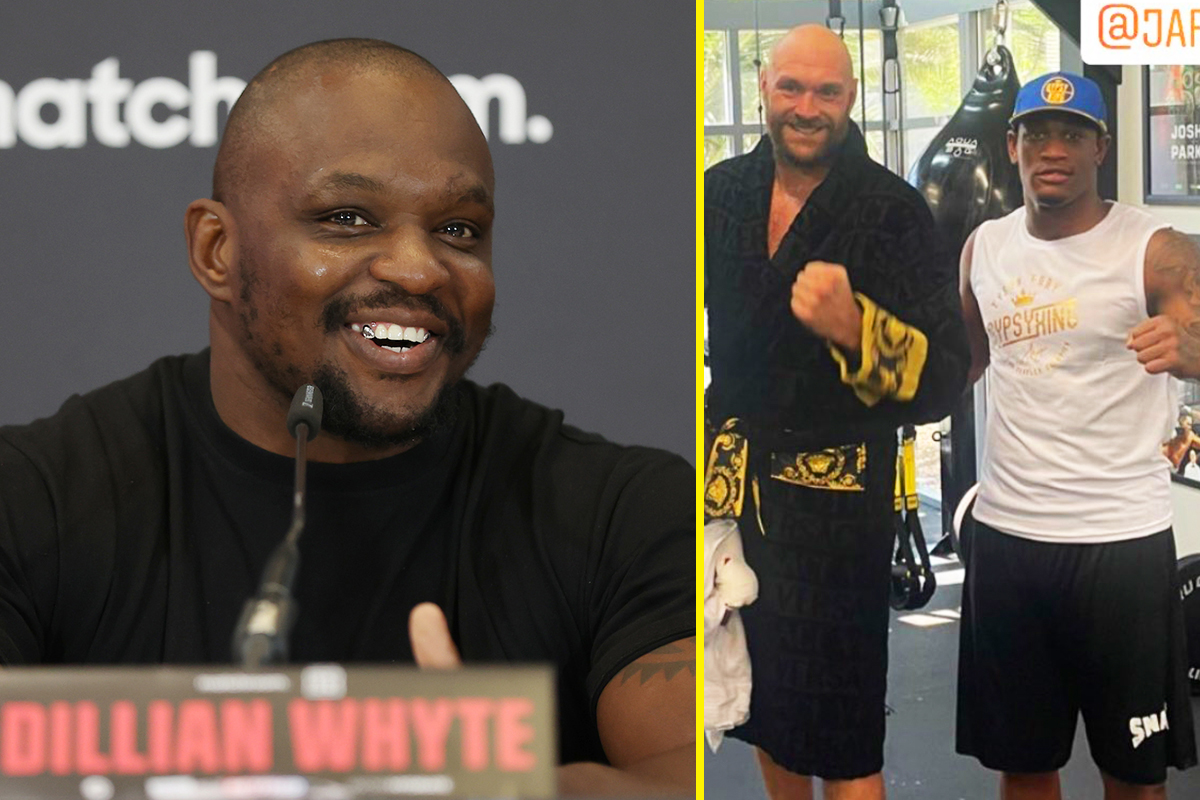 Tyson Fury is once again bringing Jared Anderson into his training camp to prepare for his next fight.

The WBC heavyweight champion is set to defend his world title against Dillian Whyte on April 23 at Wembley Stadium, and his training camp is now well underway.

Before his trilogy fight against Deontay Wilder, Fury sparred Anderson and spoke highly of him.

“He leaves this weekend to go to England to spar with Tyson.

“We look at Jared, without any question, as a future heavyweight champion.”

Anderson himself told Sky late last year: “Tyson said that he’d done an interview telling everybody that I am going to be the man.

“He said, ‘I really believe that, you are going to take my spot’.

“He has definitely told me that a few times.”

“If you can hit me, then you’ve got some speed and technique.”

Head over to YouTube for more of talkSPORT’s dedicated boxing content where you will find exclusive interviews with the likes of Tyson Fury, Eddie Hearn and Jake Paul, plus our very own boxing insider.

Sky Bet: Bet anything and get £30 in free bets* CLAIM HERE