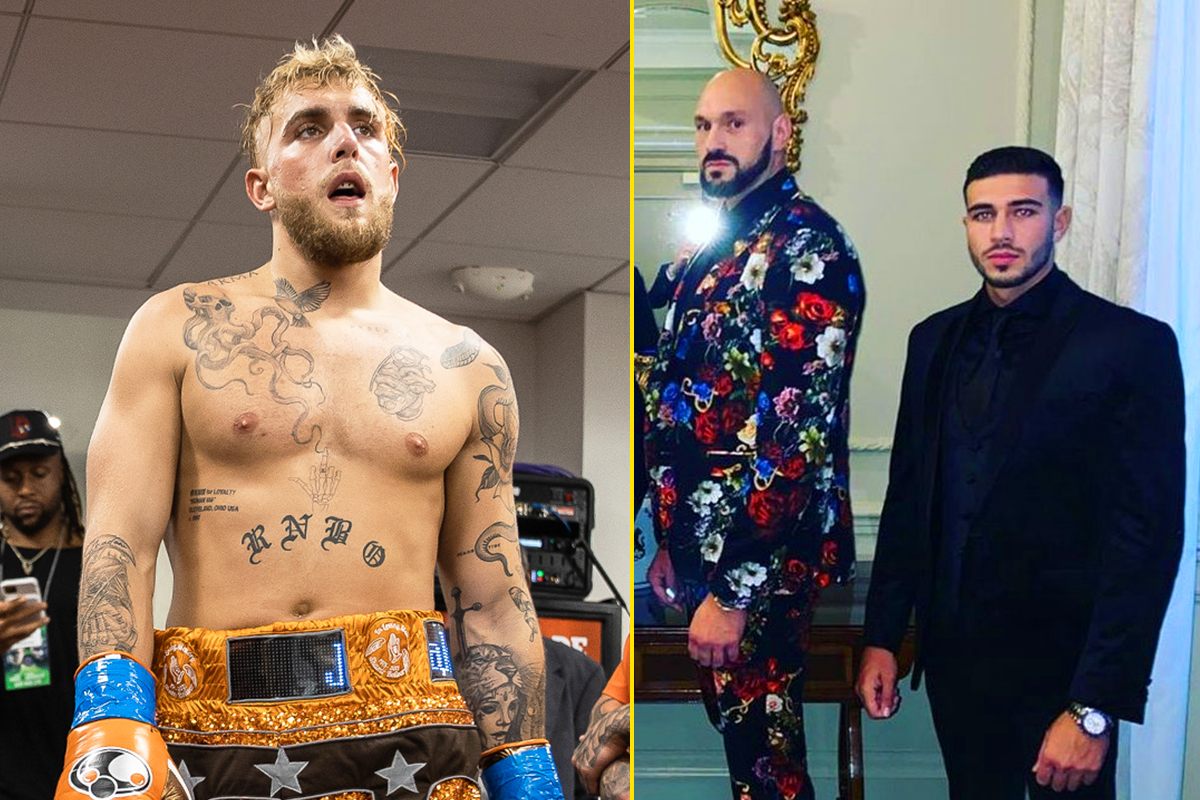 Tyson Fury has warned Jake Paul to expect to be ‘on oxygen’ after half-brother Tommy undertakes a ‘stretcher job’.

The American will put his undefeated record and his reputation on the line on December 18 when he faces the former Love Island contestant.

Both men are staunch believers in their own ability, with Fury having boxed throughout his childhood and Paul dedicating the past two years of his life to fighting.

Neither man has ever tasted defeat in the ring, just like the ‘Gypsy King’ himself, who holds the WBC heavyweight title.

Fury, 33, believes his younger sibling has dynamite power in his hands and warned the YouTube star to expect an explosive finish.

He told Queensberry Promotions: “I think Tommy Fury lays Jake Paul out cold – stretcher job, on oxygen and all that.

“Like a proper ‘big dirty knockout’ as Tommy calls it. I don’t mean like a, ‘Wow, he’s gone down’.

“I mean like, proper unconscious knockout. Like when they put the oxygen on him to bring him back round and all that.

“Because it’s one thing playing around at boxing, but when you’re messing with a dynamite KO king like him, wow, you’re in for some serious trouble.

“And if you’re not used to getting hit, you can get seriously damaged.”

Speaking to talkSPORT, Fury’s father and trainer John was ecstatic and insisted the 4-0 boxer would be left in an equalling compromising predicament.

“At least Dick Turpin had the principle to put a mask on, it’s a big confidence trick what we’ve pulled on the brains of the world and they haven’t seen it, but we have got away with it.

“So I can’t wait, it’s all fun and games, enjoying it more than anything I’ve ever enjoyed in my life. I can’t wait to see this YouTuber crumbled up in the corner crying with his girlfriend.”