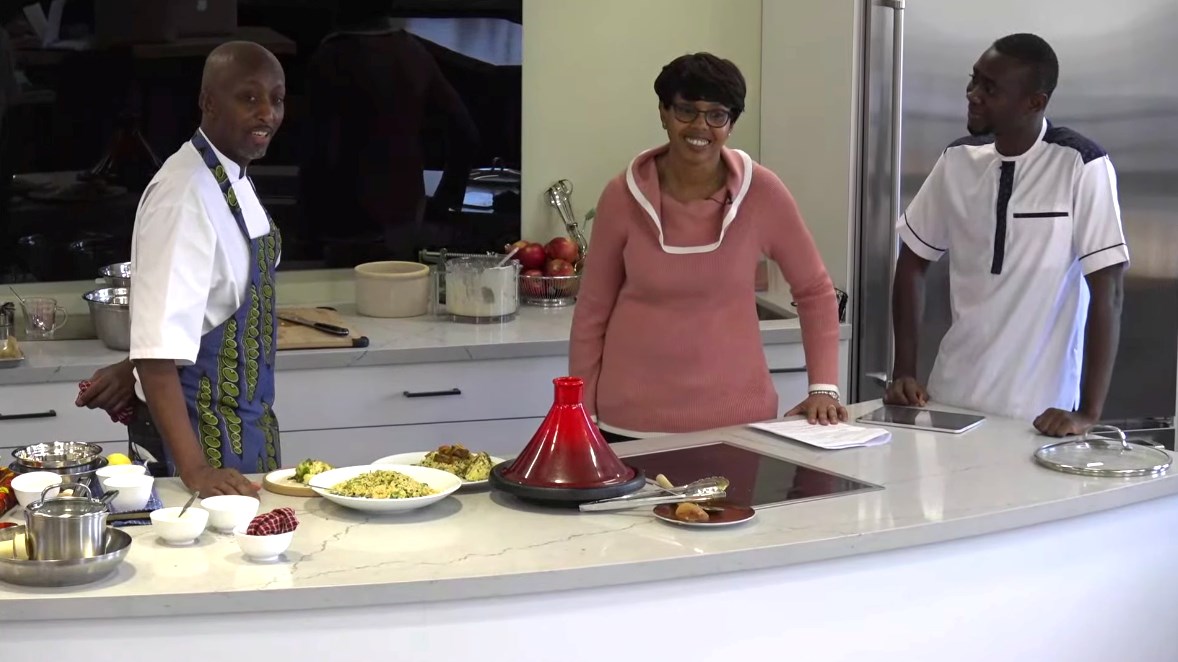 As a way to engage with issues surrounding food, such as sustainability, Deep Dish Dialogues web series brings together chefs and food scholars to cook and talk about food.

The University of Guelph has kicked off its new web series Deep Dish Dialogues, a cooking show where chefs are paired with food scholars and researchers to educate and converse over the course of cooking a meal.

It is filmed at the Anita Stewart Memorial Food Laboratory and is part of the Gordon S. Lang School of Business and Economics. They have also partnered with the Arell Food Institute; the recipes for the meals are on their website. Anyone can stream the episode on YouTube.

“I suppose we need some more of these forums highlighting multiculturalism,” said Thomas-Francois.

“Myself as a chef I’m constantly aching and yearning for not only to learn about the diversity of a multi-ethnic cuisine around the world but at the same time the opportunity to assert ourselves a bit within a very Eurocentric space,” said Munye.

Munye prepared a Tunisian dish, mushroom and tomatoes cooked in a tagine. He also made flavourful couscous and roasted cauliflower with the petals left on to avoid food waste in an effort to be more sustainable.

Munye addressed rising food costs, noting a lemon now costs $1. He grated the lemon zest, squeezed the lemon juice and said the pulp can be turned into lemonade. This way the lemon is used to the fullest extent making it worth the price.

“A lot of the time food represents much more than, like I said earlier, just eating to fill your stomach. There is an emotional attachment with food,” said Thomas-Francois.

“A plate of food representing something that you can you know identify with.”

“It’s this opportunity to explore food related issues that matter like sustainability, culture and climate change,” said Statia Elliot, director of U of G’s School of Hospitality, Food and Tourism Management.

“Much like when chef Bashir talked about food, it is about layering of flavours. We’re hoping the series is layering issues related to food.”

Now, more people are asking about where their food comes from, how nutritious it is, cutting down food waste and improving food access, she said.

“Food is only good and healthy if you can afford it,” said Munye.