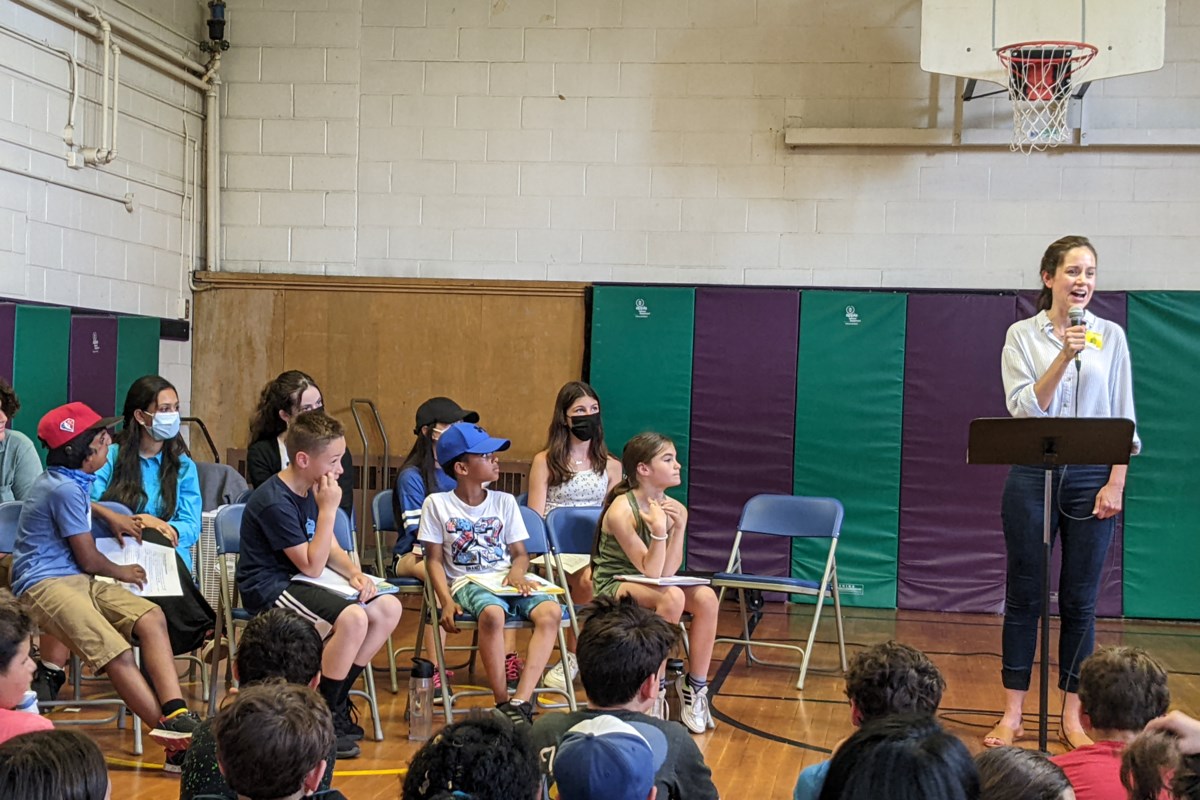 A nice surprise for a University of Guelph assistant professor.

“I don’t know how it happened, but I’m just so touched that people thought to nominate the story,” said Brittany Luby, winner of a Ruth & Sylvia Schwartz Children’s Book Award in the children’s picture book category.

She was not aware the book was nominated, and found out about her win through a series of congratulations emails from her U of G colleagues after the university sent out a release.

Her book, This is How I Know – or Mii maanda ezhi-gkendmaanh in Anishinaabemowin – is a bilingual picture book, described as a lyrical story-poem.

“The story invites readers to engage with each of the four seasons that we have in the Anishinaabe Aki,” she said. “And in each season, you’re encouraged to practice close-looking on and off the page, and to identify the different plants or animals that can signal to us that the season has arrived.”

It takes readers through the changing seasons from the perspective of an Anishinaabe child exploring with her grandmother.

Luby was the author, but it was a team effort, including Vancouver’s Joshua Mangeshig Pawis-Steckley providing the illustrations.

“Winning this award is very important to me as this book highlights Indigenous languages and Anishinaabe culture,” he said in a release. “It’s particularly exciting to see the next generation recognizing the importance of language revitalization and celebrating Indigenous artistry.”

A couple panels of young readers at the Faywood Arts-Based Curriculum School in North York selected the winner. The Ontario Arts Council manages nominations and assessments, while the Ontario Arts Foundation gives out the awards.

According to the arts council, the students who chose the book said they were “equally impressed by its text and illustrations” and noted how they loved “the gentle story and the vibrant colours.”

“It’s such an honour and a privilege to have had the opportunity to meet the student jurors, and to get to engage with your readers in real-time,” Luby said.

The book is available for purchase through a number of major book retailers online and in-store.