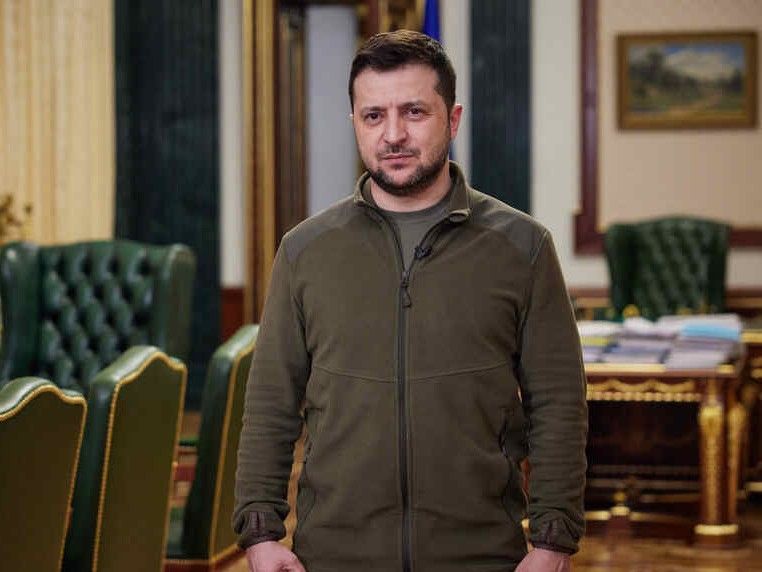 OTTAWA – Ukrainian President Volodymyr Zelenskyy will address parliamentarians in Ottawa on Tuesday, but his major request is likely more than Canada or other Western nations can give.

Zelenskyy is set to speak to MPs through a videoconference link at 11:15 Tuesday morning. Prime Minister Justin Trudeau and the opposition leaders are expected to speak as well.

The Ukrainian president has already spoken to the British Parliament and will speak to a joint session of the U.S. Congress on Wednesday.

When he spoke to British MPs he made a plea he has also made repeatedly made in media interviews, calling on NATO to impose a no-fly zone over his country to prevent Russian planes from bombing Ukranian cities.

Ukraine is not a NATO member state and Trudeau, as well as other western leaders, have said that a no-fly zone is more than the alliance can do, because of the risk of escalation by Russia.

“The thing that we have so far avoided, and we’ll continue to need to avoid is putting a situation in which NATO forces are in direct conflict with Russian soldiers,” Trudeau said at a press conference earlier this month. “That would be a level of escalation that is unfortunate, that we need to avoid.”

Retired Gen. Tom Lawson, Canada’s former chief of defence staff, said Russian planes are part of its advance on Ukraine and losing that element is not something Russia would easily accept.

“There is no such thing as the ground campaign here in 2022 by any first- or second-world military powers that don’t integrate the air component with the ground component,” he said. ”It is an integral part of the Russian war to this point.”

He said imposing a no-fly zone means NATO troops in Ukraine running air defence systems and NATO planes in the air over Ukraine, elevating the risk of broadening the war.

“As soon as a missile from an air defense system operated by NATO soldiers on the ground, or a missile from a NATO aircraft, takes out the Russian aviator, you’re now at war,” he said.

Without being able to announce a no-fly zone, Lawson said he hopes the Canadian government has something it can offer in response to Zelenskyy’s address. He said it would be a good opportunity to announce an increased commitment to defence spending.

“It would allow the Prime Minister and his cabinet to springboard off of this Zelenskyy address with some concrete measures that would be seen as popular that wouldn’t have been all that popular a few months ago,” he said.

He said Canada can’t act alone, but it can start advocating for harder line positions within NATO as the conflict continues.

“Canada could encourage an expansion of the topics that NATO’s discussing in the back room regarding ultimatums to Russia.”

Eric Ouellet, a professor at the Royal Military College, said Zelenskyy likely knows that a no-fly zone is not on the table.

“He knows very well that the West will say no to that, and is really appealing to public opinion, to do something to do more,” he said. “He’s really trying to shore up as much support and help that he can. He’s doing his job.”

He said the fear of a NATO attack, despite evidence to the contrary, dates back to the Soviet Union.

“Soviet analysts came to the conclusion that NATO was in a purely defensive posture, and it was absolutely no threat to the Soviet Union. In spite of that, Russian high command was always planning for the risk of a NATO surprise attack,” he said.

While the attacks in Ukraine have been devastating, Ouellet said Russia hasn’t used its air force as much as analysts expected they would. He said that might be because they don’t see it as safe.

“Ukraine received a lot of anti-aircraft missiles, some are on launchers, others are shoulder mounted and they may want to protect the air force,” he said.