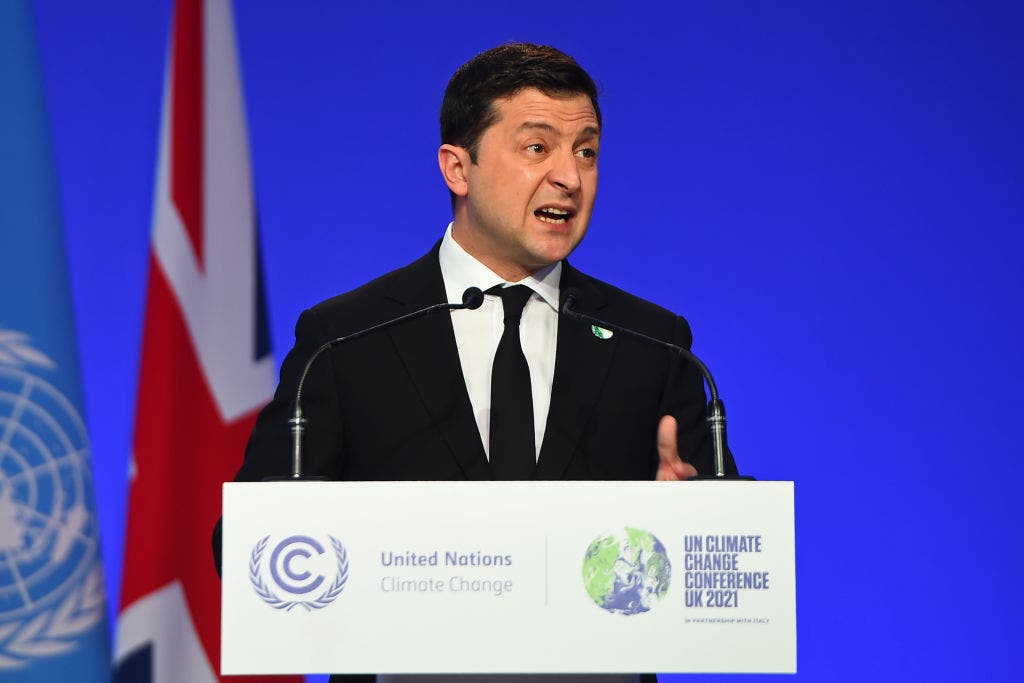 Russia has denied any involvement after Ukraine President Volodymyr Zelenskyy said Friday that an attempted coup d’etat is being planned in his country to take place next week.

Zelenskyy told reporters that Ukraine had uncovered a plot for an attempted coup and that Ukrainians and Russians were involved, The Washington Post reported. While he also spoke of a threat of military escalation from Russia, he fell short of accusing the Kremlin of an involvement in the planned coup, according to Reuters.

RUSSIA ACCUSES US OF ‘HYSTERIA’ OVER POSSIBLE UKRAINE INVASION: ‘WHIPPED UP ARTIFICIALLY’

“We have challenges not only from the Russian Federation and possible escalation – we have big internal challenges. I received information that a coup d’etat will take place in our country on Dec. 1-2,” Zelenskyy said, adding that his country was prepared for any escalation, Reuters reported.

Zelenskyy takes part at a commemoration ceremony at a monument of Heroes of Heavenly Hundred, activists who were killed during the anti-government protest the Euro Maidan revolution in 2014, in Kyiv, Ukraine on Nov. 21, 2021. (Photo by STR/NurPhoto via Getty Images)

“Russia had no plans to get involved. Russia never does such things at all,” Peskov said Friday, according to state media.

Zelenskyy warned earlier this month that Russia had amassed 100,000 troops near the Ukraine border and was preparing for an invasion.

On Friday, Karen Donfried, the U.S. assistant secretary of State for European and Eurasian affairs, told reporters that the U.S. was considering “all options” on how it and NATO allies will respond to the “large and unusual” troop build-up near the border.

“As you can appreciate, all options are on the table and there’s a toolkit that includes a whole range of options,” Donfried said, Reuters reported. “It’s now for the alliance to decide what are the next moves that NATO wants to take.”

Secretary of State Antony Blinken is set to travel to Latvia and Sweden next week to attend NATO and Organization for Security and Cooperation in Europe (OSCE) meetings, where she said the topic of Russia will be the priority, Reuters reported.