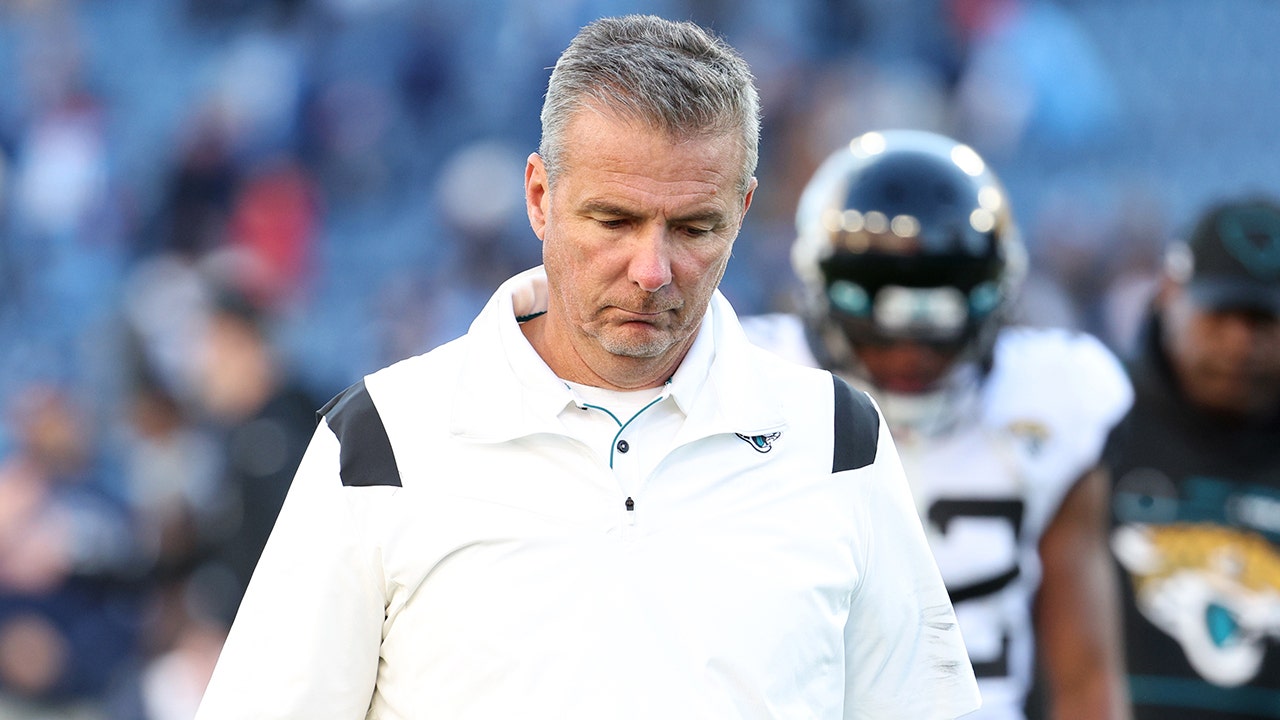 Urban Meyer spoke out for the first time since the Jacksonville Jaguars fired him 13 games into the 2021 season on Friday.

Meyer offered an apology to the city of Jacksonville in an interview with NFL.com.

INGLEWOOD, CALIFORNIA – DECEMBER 05: Head coach Urban Meyer of the Jacksonville Jaguars and Trevor Lawrence #16 during warm up before the game against the Los Angeles Rams at SoFi Stadium on December 05, 2021 in Inglewood, California.
(Harry How/Getty Images)

“I just apologize to Jacksonville. I love Jacksonville. It’s one of the reasons I took the job. I still think Shad [Khan’s] a great owner. It’s heart-breaking,” Meyer said.

“I just had a dream of it becoming a destination place with a new facility he agreed to build and some day to walk into that stadium where it’s standing room only. Because I know how bad the people of Jacksonville want it. So, I’m just heartbroken that we weren’t able to do that. I still believe it’s going to be done. It’s too good of a place.”

Meyer said he was “devastated” by his dismissal and denied the allegations that came to light in the days before his firing. He said the reported argument between him and Marvin Jones was not accurately portrayed, denied calling his assistants losers and denied the alleged kicking incident with Josh Lambo ever happened.

NASHVILLE, TENNESSEE – DECEMBER 12: Head coach Urban Meyer of the Jacksonville Jaguars reacts after the game against the Tennessee Titans at Nissan Stadium on December 12, 2021 in Nashville, Tennessee.
(Andy Lyons/Getty Images)

Jacksonville was 2-11 before Meyer was fired. He said he thought the team was going to hit its stride with four games left.

“I go back to the last game we played, and man, our defense kept going,” Meyer told NFL.com. “And going. And our locker room was great and they kept just pushing and pushing and people kept going and not complaining. I really felt still in my heart once we get this … my gosh we hadn’t scored more than a touchdown in five weeks or whatever. Once we get this organized, we could flip this thing. I mean this year. Man. And I don’t believe in blaming players, I don’t believe in that. I was really disappointed.”

Meyer reportedly had four years left on his contract. ESPN reported the team had no plans to pay out the rest of the money owed on the deal and that Meyer was fired with cause.

Meyer didn’t comment on that report when asked by NFL.com.