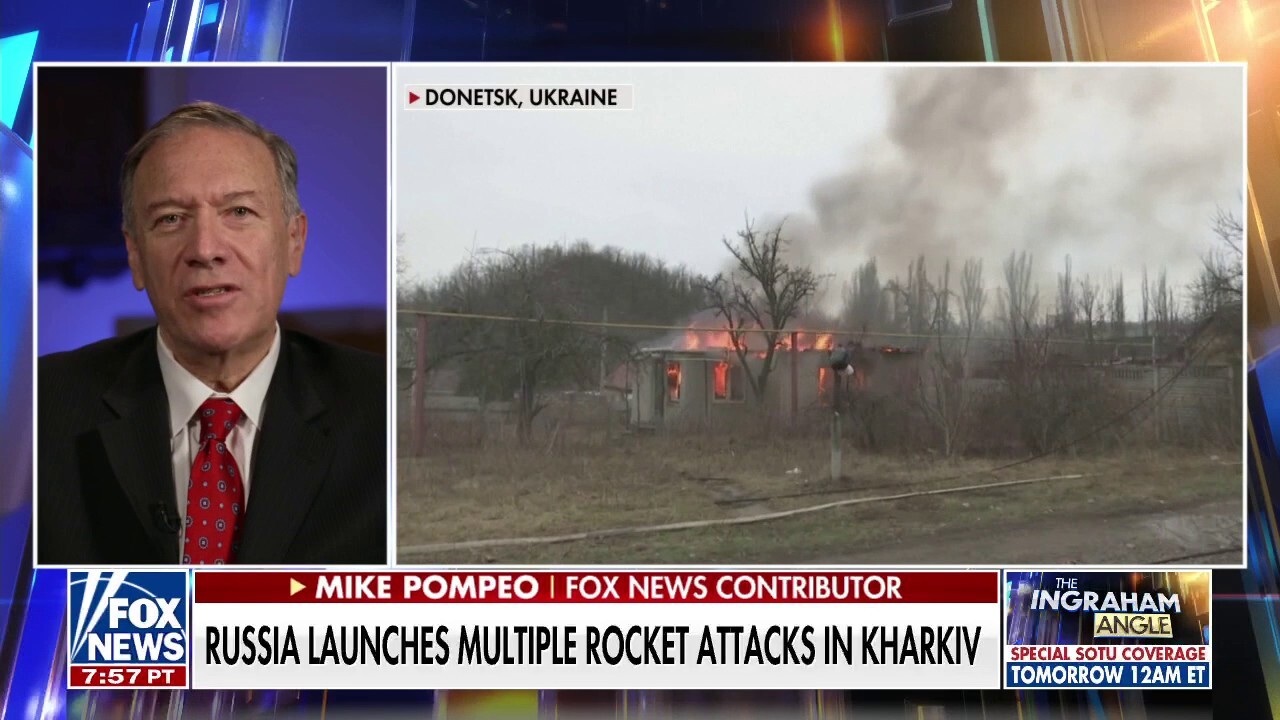 Former Secretary of State Mike Pompeo tells ‘The Ingraham Angle’ that work should have been done ‘months ago’ to bolster Ukraine and prevented the conflict with Russia.

MIKE POMPEO: A whole lot could go wrong. The hard work should have been done months ago. You know, you talk about this being a six-day war. We’ve known Vladimir Putin’s intentions for a long time. We saw him building up these forces. And so your earlier comment about how hard it will be to get weapons in now is absolutely true. The weapons should have been provided earlier than when they needed training on any aircraft defense systems, that was months ago. When they needed the Javelin missiles, it was years ago when President Obama refused to deliver them, then-Vice President Biden was against it as well. … [Ukranians] need weapons to defend themselves. We could have provided them. I hope we can find a way to get them in there now.