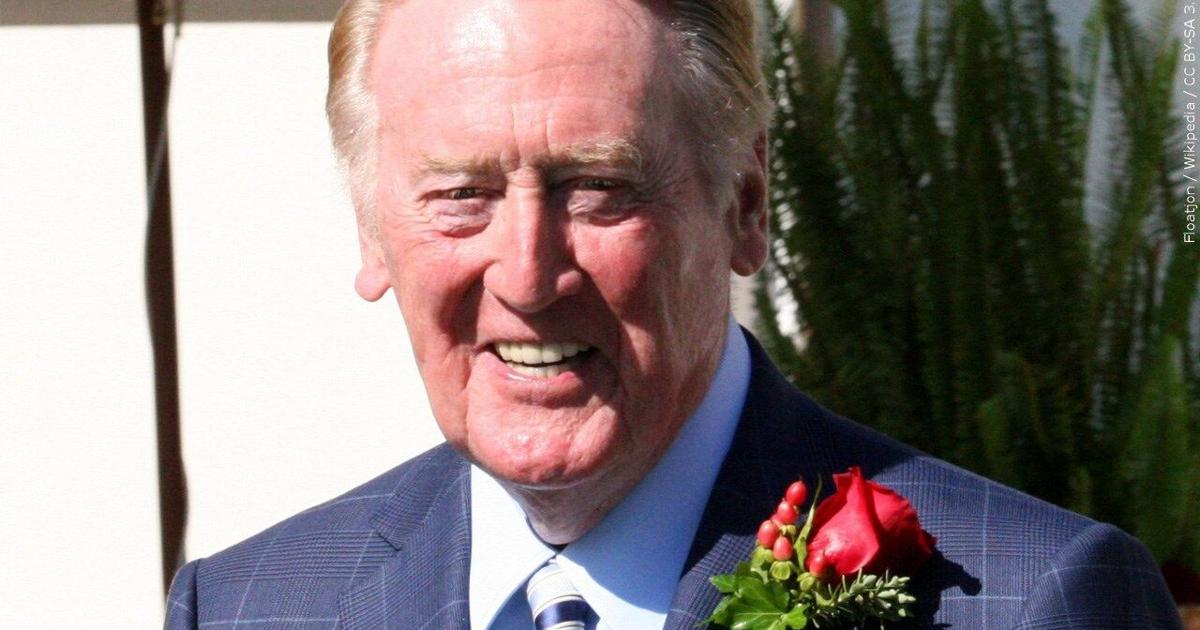 LOS ANGELES (AP) — Hall of Fame broadcaster Vin Scully, whose dulcet tones provided the soundtrack of summer while entertaining and informing Dodgers fans in Brooklyn and Los Angeles for 67 years, died Tuesday night, the team said. He was 94.

Scully died at his home in the Hidden Hills section of Los Angeles, according to the team, which spoke to family members.

As the longest tenured broadcaster with a single team in pro sports history, Scully saw it all and called it all. He began in the 1950s era of Pee Wee Reese and Jackie Robinson, on to the 1960s with Don Drysdale and Sandy Koufax, into the 1970s with Steve Garvey and Don Sutton, and through the 1980s with Orel Hershiser and Fernando Valenzuela. In the 1990s, it was Mike Piazza and Hideo Nomo, followed by Clayton Kershaw, Manny Ramirez and Yasiel Puig in the 21st century.

The Dodgers changed players, managers, executives, owners — and even coasts — but Scully and his soothing, insightful style remained a constant for the fans.

Copyright 2022 The Associated Press. All rights reserved. This material may not be published, broadcast, rewritten or redistributed without permission.