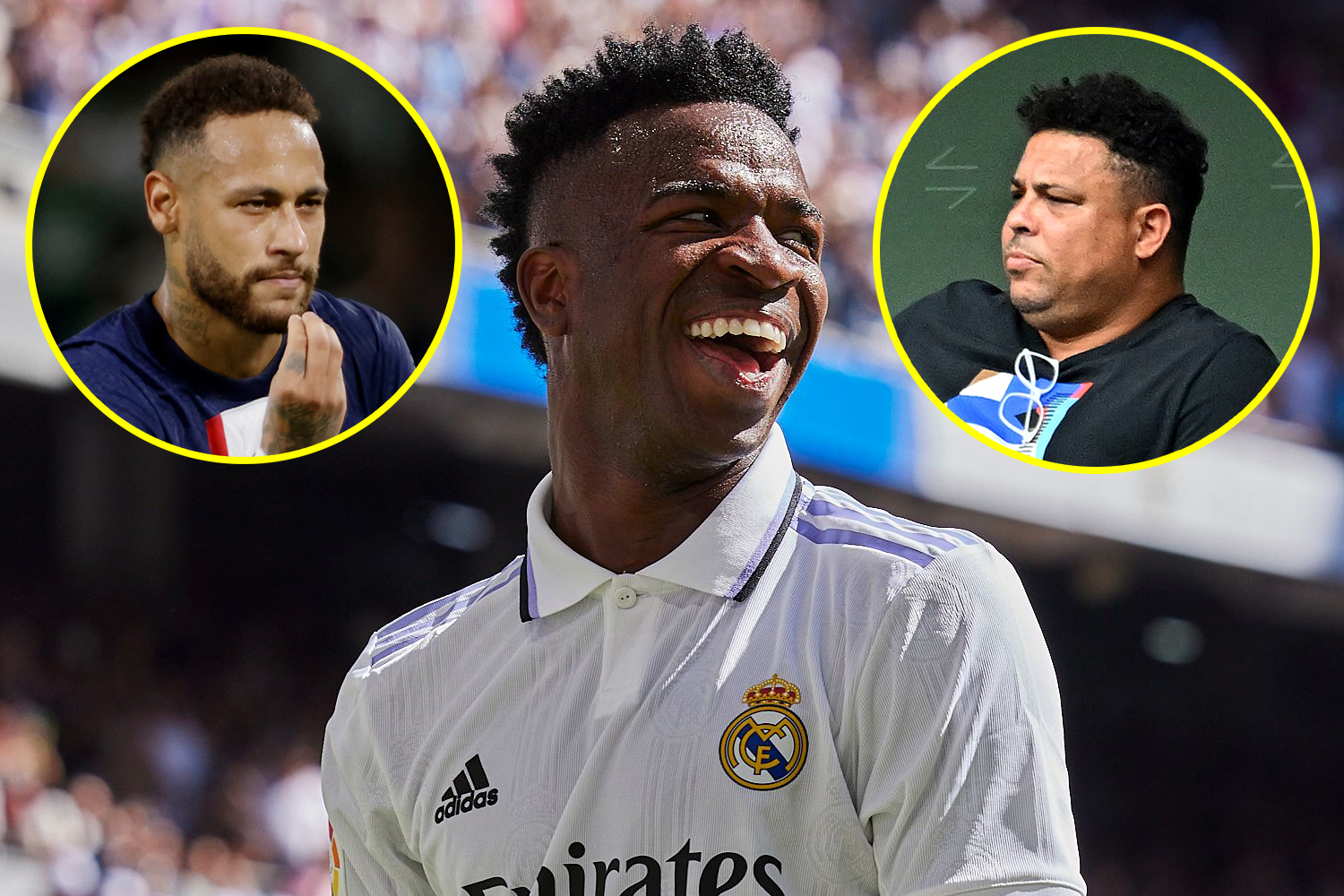 Neymar, Pele and Ronaldo have offered messages of support after Real Madrid’s Vinicus Jr said he has been a ‘victim of xenophobia and racism’.

The Brazilian was told to ‘stop playing the monkey’ by President of the Association of Spanish Agents, Pedro Bravo, sparking outrage.

Speaking on El Chiringuito de Jugones, Bravo was commenting on Vinicius’ dances after scoring for Madrid and said: “If you want to dance, go to the sambadrome in Brazil. In Spain, you have to respect rivals.”

A number of Brazilian football legends have since jumped to the 22-year-old’s defence, with Paris Saint-Germain’s Neymar writing “BAILA VINI JR” (Dance Vini Jr), with #BailaViniJr topping trends on Twitter.

Brazil legend Ronaldo followed: “Your dance does not disrespect anyone, racism does: it disrespects, excludes, hurts and kills. #BailaViniJr.”

“Although racism still exists, we will not allow that to stop us from continuing to smile. And we will continue to fight racism this way: fighting for our right to be happy. #BailaViniJr”

Real Madrid have since released a statement ‘condemning all types of racist and xenophobic language and behaviour’ and expressing their ‘affection and support’ for Vinicius.

The statement added: “The club has directed its legal services to take legal action against anyone who makes racist remarks towards our players.”

Bravo has since taken to Twitter to apologise, saying he meant the phrase as ‘doing stupid things’ but Vinicius has now responded with a powerful video message.

Speaking directly to the camera, the Brazilian issued the following statement, with screenshots of racist abuse he’s received on social media.

He said: “‘As long as the colour of the skin is more important than the brightness of the eyes, there will be war.’ I have that phrase tattooed on my body. I have that thought permanently in my head. That is the attitude and the philosophy that I try to put into practice in my life.

“They say that happiness bothers. The happiness of a victorious black Brazilian in Europe bothers much more.

“But my desire to win, my smile and the sparkle in my eyes are much bigger than that. You can’t even imagine it.

“I was a victim of xenophobia and racism in a single statement. But none of that started yesterday.

“Weeks ago they began to criminalise my dances. Dances that are not mine. They belong to Ronaldinho, Neymar, Paqueta, Griezmann, Joao Felix, Matheus Cunha… they belong to Brazilian funk and samba artists, reggaeton singers, and black Americans.

“They are dances to celebrate the cultural diversity of the world. Accept it, respect it. I’m not going to stop.

“I come from a country where poverty is very great, where people have no access to education… and in many cases, no food on the table!

“On and off the field. I have developed an application to help the education of children in public schools without financial help from anyone. I am making a school with my name. I will do much more for education. I want the next generations to be prepared, like me, to fight against racists and xenophobes.

“I always try to be a professional and an exemplary citizen. But that doesn’t click, it’s not trending on the internet, nor does it motivate cowards to talk aggressively about people they don’t even know.

“The script always ends with an apology and ‘I’ve been misunderstood.’ But I repeat it for you, racist:

“I will not stop dancing. Whether at the Sambadrome, at the Bernabeu or wherever.

“With the love and smiles of someone who is very happy, Vini Jr. #BAILAVINIJR”