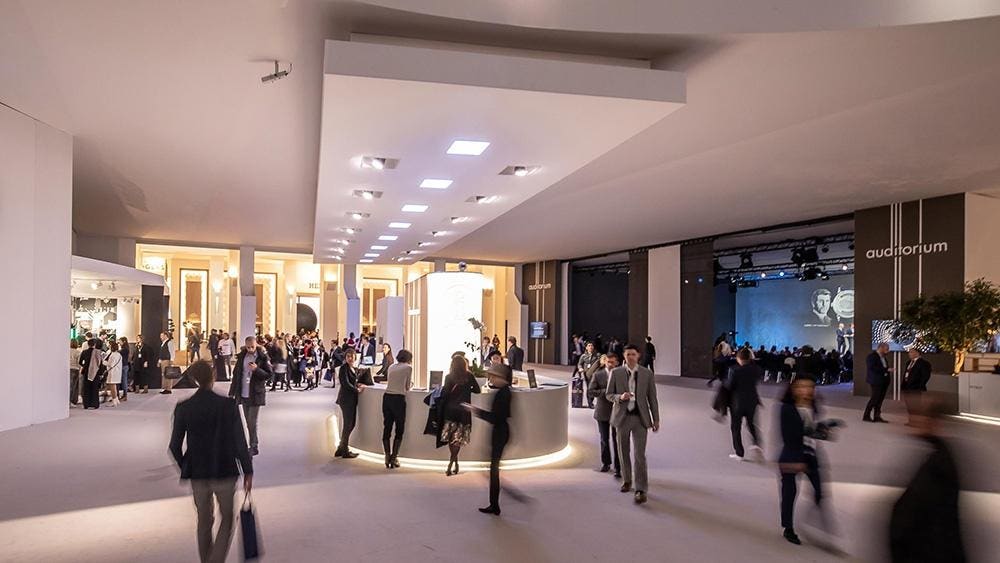 Live Swiss watch fairs are back on again, including the 38-brand strong Watches & Wonders show in Geneva. This year, a digital version of the show is open to everyone who loves watches. Although the live show is still trade-only, for invited retailers and press, most of the presentations are accessible online to the public. Organizers say a vast digital system has been set up to allow the general public to follow online either live or via replay. They can sit in on virtual keynote presentations conducted by each of the 38 exhibiting brands at the time they are presented, or access them later. They can also access any of the panel discussions about topics related to the luxury watch industry. Topics will mainly focus on sustainability in the watch industry, as well as blockchain developments, digitalization and challenges and opportunities for 2022.

The live Watches & Wonders event, to be held at the Palexpo in Geneva from March 30 to April 5, will include important new launches of luxury watches from participating brands. This is the first year it will host several top level brands that departed the Baselworld show before it was finally canceled in 2020. These former Baselworld anchor brands include Rolex, Patek Philippe, Chopard, Chanel, Tudor and Grand Seiko, along with LVMH brands Hublot, TAG Heuer and Zenith.

Watches & Wonders, formerly called the Salon International de la Haute Horlogerie, was started in 1991 by Cartier, and has served as an annual showcase for other brands owned by Cartier’s parent company, Richemont Group, including Cartier, Piaget, Vacheron Constantin, Jaeger-LeCoultre, Baume & Mercier, Lange & Söhne, Panerai, Van Cleef & Arpels, Montblanc, IWC Schaffhausen and Roger Dubuis. Several key independent watchmakers will also exhibit at Watches & Wonders, some of them also former Baselworld exhibitors, including  Ferdinand Berthoud, Armin Strom, Arnold & Son, Ulysse Nardin, Trilobe, Speake Marin, Moser, Parmigiani Fleurier and De Bethune. Baselworld was for several decades the largest watch trade fair in Switzerland. It was canceled in 2020 and 2021 primarily because of the pandemic, and will not be held in 2022, mainly because of the many defections. The Swatch Group was the first to pull out, back in 2019, but so far has not committed to exhibiting at Watches & Wonders.