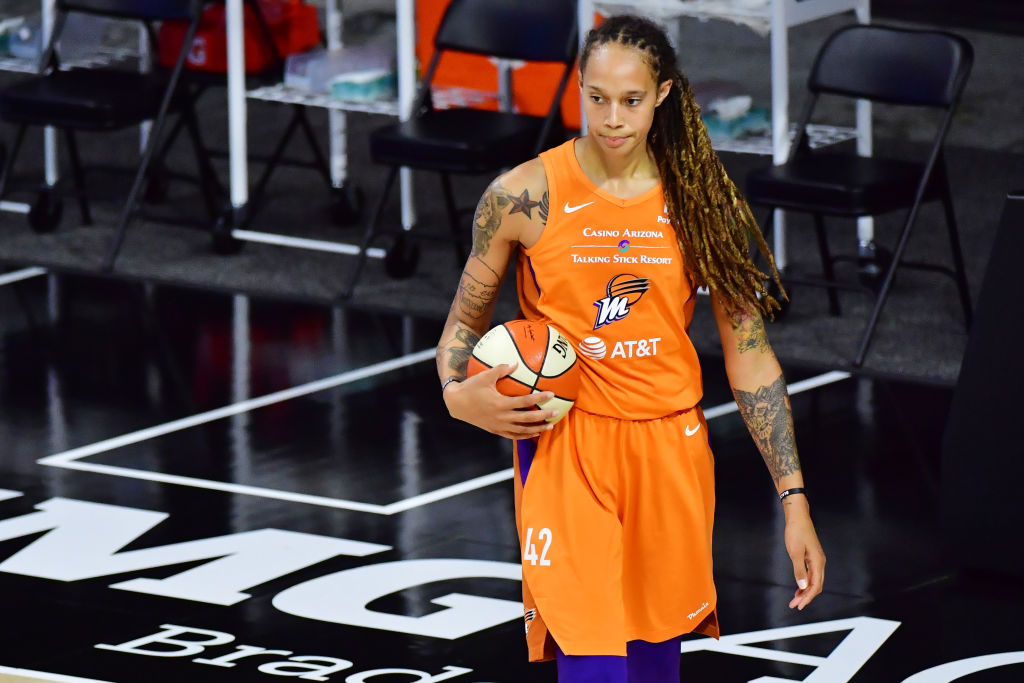 Brittney Griner’s net worth in 2022 is a reflection of years of work she has put into her basketball career.

The NBA star has been a part of the industry for several years and had won many medals for her talent. However, in February 2022, she was detained in Russia.

After spending months in the Russian prison, it was revealed that Brittney had been sentenced to nine years in jail.

What is Brittney Griner’s net worth?

Brittney has an estimated net worth of $5 million. Standing tall at 6’8″, Brittney has been playing basketball since she was a kid. As per Celebrity Net Worth, the NBA player was named the WBCA High School Player of the Year and a McDonald’s All-American at Nimitz High School.

After finishing high school, Brittney decided to follow her passion for basketball and joined Baylor University’s team. There, Britteny earned fame as she won an NCAA Championship, was named NCAA Final Four Most Outstanding Player, and AP Player of the Year in 2012.

Finally, in 2013, she was drafted by the Phoenix Mercury. Since then, Britteny has shown off her astonishing skills time and again. That has helped her net worth go up gradually over the years.

A look at the NBA star’s relationship

Britteny is currently in a relationship with Cherelle T. Griner, who is a blogger. The pair got engaged in 2018 and tied the knot soon after.

At the moment, the exact date of their wedding is unknown. However, in July 2020, Brittney confirmed they were married by posting a picture on Instagram.

Her caption read: “WISHING MY WIFE A VERY HAPPY BIRTHDAY TODAY! Every day with you is spectacular but when I get to celebrate your life and all that you are is just breathtaking.”

Since then, Brittney has frequently shared a glimpse of her relationship on social media. At the same time, Cherelle has also posted a couple of pictures for her followers on her page.

Why was the NBA star arrested?

As per TMZ, Brittney was carrying hashish oil, also known as Cannabis oil, a substance that is considered illegal in Russia. This also led to her arrest at the Sheremetyevo Airport.

As per the custom service that was present. Britteny was scheduled to head back to the USA, and during the security check, a working dog detected the possible presence of narcotic substances in her accompanying luggage. Upon inspection,  vapes with “specifically smelling liquid” were found in her luggage.

On August 4, the NBA star was sentenced to nine years in prison on charges of smuggling drugs into the country. Her lawyer said they would be filling an appeal.