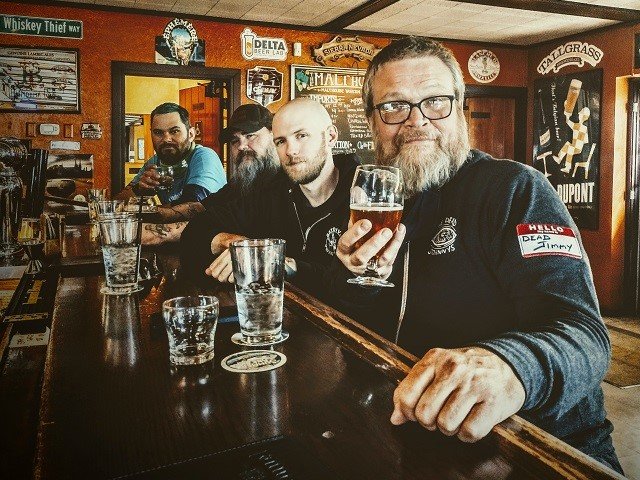 Request-a-Thon, Thursday, Sept. 22, 105.5 WMMM-FM, 6 a.m.-6 p.m.: Food insecurity has only grown during the COVID-19 pandemic, and Second Harvest Foodbank is one of the Madison area’s very active network of organizations helping feed the hungry. Triple M morning hosts Jonathan Suttin and Kitty Dunn are hosting a marathon request show to raise funds for the nonprofit; for a $25 donation they will play any song you request (provided they can track it down; giving an alternate is recommended). Make requests at 1-844-8HUNGER or online (song requests go in the comment section).

PhotoMidwest Biennial reception, Thursday, Sept. 22, BioPharmaceutical Technology Center Gallery, Fitchburg, 3:30-6:30 p.m.: Every two years, PhotoMidwest presents an exhibit of current photography by artists from 13 Midwest states. This year’s edition is curated by Aline Smithson, who will talk at 5 p.m. during the opening reception on Thursday, and also present a pair of workshops at the BTC Gallery on Sept. 23 (find more info/sign-up here). The exhibit is on display through Dec. 2; a concurrent exhibit featuring PhotoMidwest members can be found at the Overture Center Playhouse Gallery, through Dec. 4.

Community Change-Maker Awards, Thursday, Sept. 22, Union South, 5-7 p.m.: Join Community Shares of Wisconsin for its annual celebration of local individuals and organizations making social and environmental changes in Madison. R. Richard Wagner will be honored posthumously with the CSW Lifetime Achievement Award for his contributions to LGBTQ+ equality in Madison. Wagner was the first openly gay member of the Dane County Board of Supervisors. To be honored this year with Change-Maker Awards are activists Dana Pellebon, Phyllis Greenberger and Elisabeth Lambert. The evening concludes with music from DJ Pain 1. Ticket purchases will benefit six nonprofits; an online option is available.

New Glarus Oktoberfest, Sept. 22-25, downtown New Glarus: New Glarus, the Swiss enclave southwest of Madison, knows how to do Oktoberfest right. Live music (rock, country, blues and, of course, polka), horse-drawn wagon rides, and more. Things kick off Thursday evening with polka by the Steve Meisner Band (6 p.m.) and a dirndl and lederhosen competition to crown the king and queen of the fest (8:30 p.m.). What else is on tap? The ceremonial tapping of New Glarus Brewing Company’s Staghorn Octoberfest from the wooden keg Friday and Saturday nights at 7 p.m. Full schedule at swisstown.com.

The Wanderers, Sept. 8-25, Overture Center: Forward Theater starts its season with the Wisconsin premiere of Anna Ziegler’s The Wanderers, an interesting meditation on love and the road(s) not taken. Ziegler contrasts the arranged marriage of a young Orthodox Jewish couple with the flirtation of Abe and Julia, celebrities married to other people. Performances are at 7:30 p.m. Wednesdays-Saturdays and 2 p.m. Sundays, plus 2 p.m. on Sept. 17 and 24; find tickets at overture.org. Forward will also offer tickets to an on-demand streaming version of the show. Read Gwendolyn Rice’s review here.

Death Cab For Cutie, Thursday, Sept. 22, The Sylvee, 8 p.m.: Death Cab For Cutie managed to overcome the inherent ridiculousness of its own name (taken from the title of a Bonzo Dog Band song) to last as one of the strongest indie rock outfits of the aughts. Strummy, dreamy songs, Ben Gibbard’s ethereal vocals, and an everyday romanticism are still evident in their latest studio album, Asphalt Meadows, just released on Sept. 16. With Thao.

Enigma: The Prints of David Lynch, through Oct. 28, Tandem Press; reception 5-8:30 p.m., Sept. 23: This is an exciting two-fer both for die-hard David Lynch fans and anyone who has not yet experienced The Lady in the Radiator. Along with mounting a gallery exhibition of his prints, Tandem Press will present an outdoor screening of the documentary David Lynch: The Art Life as part of the Sept. 23 exhibit reception (5-8:30 p.m., with the movie at 7 p.m.). Lynch began his career by making eerie and surreal black and white works like The Grandmother and the classic Eraserhead before going mainstream (relatively speaking) with movies like Blue Velvet and Mullholland Drive. His prints reflect some of the somber symbolism from his early films. In the documentary David Lynch: The Art Life he reflects on his film career and discusses his artistic practice.

Peter Geye, Friday, Sept. 23, Leopold’s Books Bar Cáffe, 6 p.m.: Lifelong Minneapolis resident Peter Geye (rhymes with “eye”) has written the perfect novel to help readers get excited about another Wisconsin winter. The Ski Jumpers, his fifth book, tells the story of a ski-jumping family. The narrative alternates between a ruinous past and a precarious present, punctuated by the narrator’s terminal diagnosis of younger-onset Alzheimer’s. Geye is a former ski jumper, just like the book’s narrator, and his experience allows descriptions of the sport to soar sky-high. Then there’s this: The title of the book the narrator is struggling to write before he dies just happens to be The Ski Jumpers. How meta!

Hanah Jon Taylor Artet, Friday, Sept. 23, Cafe Coda, 7 p.m.: Saxophonist and composer John Coltrane was born Sept. 23, 1926, in North Carolina; though he has been gone from this plane of existence since 1967 the influence of his musical concepts only grows with time. The Hanah Jon Taylor Artet — featuring Taylor and Pawan Benjamin on woodwinds, Jeremiah Hunt on bass, Dushun Mosley on percussion, and Chris Rottmayer on piano — will celebrate Coltrane’s birthday with this tribute concert. (Also: Coda will host a free screening of the 2016 film Chasing Trane: The John Coltrane Documentary at 7 p.m. on Sept. 22.)

Thriller48, Sept. 23-24, Highway 18 Outdoor Theatre, Jeffferson, 7:30 p.m.: Halloween is still more than a month away but it’s never too early to get in the frightful spirit, and Madison’s branch of the 48 Hour Film Project is here to help. Twenty-six horror and sci-fi shorts were filmed by local production teams over one August weekend, and will make their debuts over two nights, drive-in style. Find tickets at madison48.ticketbud.com.

Madison Symphony Orchestra, Sept. 23-25, Overture Hall: The MSO opens its season with “Infinite Joy,” and the heavy-hitters on the program (delayed from the past two seasons due to COVID) should deliver just that for classical music fans. Beethoven’s iconic Symphony No. 9 in D Minor features the Madison Symphony Chorus along with guest soloists soprano Laquita Mitchell, mezzo-soprano Kirsten Lippart, tenor Jared Esguerra, and bass Matt Boehler. Mozart’s Oboe Concerto will feature Marc Fink, longtime principal oboist for the MSO, who retired in 2020. Concerts are at 7:30 p.m. Friday, 8 p.m. Saturday and 2:30 p.m. Sunday; tickets at overture.org.

Shrek: The Musical, Sept. 23-Oct. 8, Bartell Theatre: Mercury Players Theatre, generally one of Madison’s more experimental troupes (leaning toward new or unusual works), is starting the season unusually — with a crowd-pleasing surprise: Shrek: The Musical, a Broadway concoction based on the animated film. It’s produced in collaboration with OUT!Cast Theatre. Shows at 8 p.m. Thursdays-Saturdays (4 p.m. on Oct. 8) and 4 p.m. Sundays.

Eric Vloeimans & Will Holshouser, Friday, Sept. 23, Audio for the Arts, 8 p.m.: Accordion may not be the first instrument that comes to mind in a jazz context…but it ain’t your instrument, it’s whether you can swing it. A modern accordion proponent is New York-based Will Holshouser, a player in the worlds of jazz, classical, pop, folk and more. Two for the Road, Holshouser’s second duo album with Dutch trumpet player Eric Vloeimans, is a showcase for the accordion’s versatility, Holshouser’s mastery of the instrument, and the duo’s ability to mesh two seemingly divergent instrumental sounds. Find tickets here for this BlueStem Jazz concert.

The Cult, Friday, Sept. 23, The Sylvee, 8 p.m.: This long-running British outfit reimagined the Doors as an ’80s metal band with such hits as “She Sells Sanctuary,” “Fire Woman” and “Sweet Soul Sister.” Nearly four decades later — and still with two original members in lead vocalist Ian Astbury, 60, and guitarist Billy Duffy, 61 — The Cult will release its 11th studio album, Under the Midnight Sun, on Oct. 7. That album was written in lockdown during the pandemic, and lead single “Give Me Mercy” sounds refreshingly relevant while still smoldering like Cult classics. California’s ethereal doom rockers King Woman will open the show.

Art Walk Stoughton, Saturday, Sept. 24, Main Street, Stoughton, 10 a.m.-4 p.m.: In its fifth year, Art Walk Stoughton returns for another celebration of visual art, plus food and music for good measure. Local shops will host local and regional artists displaying and selling their pottery, paintings, wood carving, jewelry, photography and more. Check out a complete list of participating artists and where they will be stationed at artwalkstoughton.com.

Family Frolic, Saturday, Sept. 24, McGaw Park, Fitchburg, 4-7 p.m.: Hosted by UCP of Greater Dane County, this event boasts kid-friendly yoga, a dance party, a performance by children’s music singer-songwriter Ken Lonnquist, food carts, and more. UCP of Greater Dane County is an organization that provides support to disabled individuals and children. The organization aims to promote understanding, opportunity, and community. The frolic will also feature a resource fair where families can learn more about programs that meet their needs or feed their interests. More info at ucpdane.org.

Lucinda Williams, Saturday, Sept. 24, Barrymore Theatre, 8 p.m.: The pandemic hit just before the release of Lucinda Williams’ excellent 2020 album, Good Souls Better Angels, and its songs alternating apocalyptic visions and glimmers of hope continue to feel 100 percent on point two-and-a-half-years later. In 2022, the indomitable Williams is on the road with longtime band Buick 6 while continuing her recovery from a stroke in late 2020. “It helps me immensely, not just physically but emotionally, to get out and play and sing and do shows,” says Williams in an interview with Champaign, Illinois, online magazine Smile Politely.

The Dead Johnnys + Loose, Saturday, Sept. 24, Crystal Corner Bar, 9 p.m.: But for a few scattered special events over the last couple years, live music has been missing from the east side’s venerable Crystal Corner. Until now. A pair of tribute bands built by music scene veterans will kick off the bar’s return to live music: The Dead Johnnys, playing music by The Clash, and Loose, firing up The Stooges. Longtime Crystal music booker Joe Lambert reports the main stage is newly rebuilt, which will be welcome news for local players who navigated the trampoline-like boards in pre-pandemic times.

We hope it’s handy for you to find Picks grouped together in a single post. The individual Picks can still be found in the usual places online: collected here, and sprinkled throughout all the events.

Note: Many venues and businesses may continue to maintain individual requirements for masking, as well as proof of COVID-19 vaccination and/or a negative test for entry. Before heading out for any in-person event, confirm it is still taking place and check for any attendance guidelines on the relevant business websites or social media accounts.