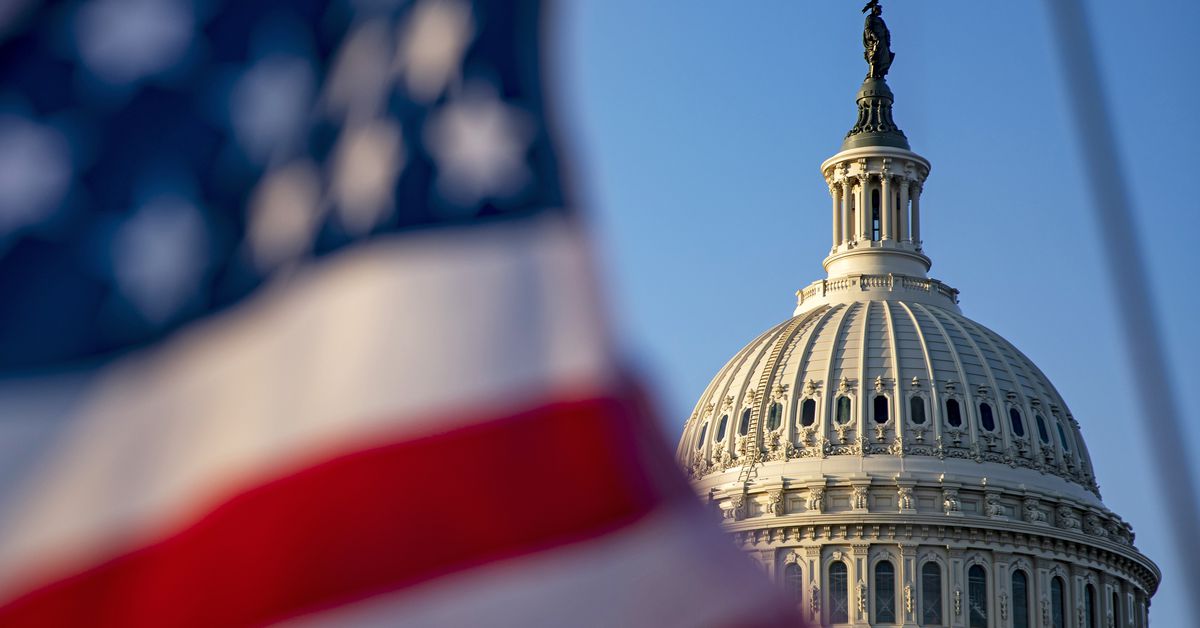 Congress is getting ready to procrastinate on government spending bills yet again.

As a Friday deadline fast approaches, lawmakers are scrambling to approve another continuing resolution (CR), or short-term spending bill, that will give them a new January deadline for passing full-year funding bills. If the CR passes by Friday, lawmakers will narrowly avert a government shutdown, and postpone a larger fight over this legislation.

Delaying approval of these bills has become a habit of Congress’s in recent years. Every year, a set of 12 appropriations bills funds federal agencies through the end of September, meaning lawmakers need to pass new legislation by October in order to make sure the government doesn’t run out of money. (If the government runs out of money, agencies are forced to furlough employees and reduce their services.)

This year, as in years past, Congress passed a CR in September that funds the government at existing spending levels until early December. Passing this measure gave lawmakers more time to work on the annual bills, though they still haven’t finished these negotiations and now need another CR to keep them going.

Passing a CR is helpful in the near term because it averts a government shutdown, which can have major consequences for the salaries of federal employees, services like immigration courts and food inspections, and institutions including national parks and the Smithsonian museums. The Biden administration has previously set up a contingency plan, for instance, that will ensure the Centers for Disease Control and Prevention can continue to track coronavirus cases even if the government shuts down.

The CR, however, doesn’t resolve the deeper differences that Republicans and Democrats have over the bills, which they’ll likely have to revisit again in January. While Democrats can pass the full-year funding bills by themselves in the House, they need the support of at least 10 GOP lawmakers in the Senate. And that support has been elusive.

Members of the two parties still have many disagreements on the larger bills. Republicans have pushed for stripping spending on programs like the Clean Technology and Green Climate Funds out of a full-year bill, while Democrats have prioritized giving a boost to provisions including public health infrastructure and affordable housing. Republicans have also pushed back against policy changes Democrats would make that take out provisions like the Hyde Amendment, which bars the use of federal funds for many abortions and has been hitched to appropriations bills in the past.

If lawmakers aren’t able to work out their differences on the 12 appropriations bills between now and January, it’s possible they could find themselves in the same place in less than two months. Congress’s likely passage of the CR this week only gives them a new deadline.

The debate over the spending bills, briefly explained

Democratic and Republican disagreements over the funding bills are about both substance and timing.

Republicans have a swath of demands related to the contents of the spending bills, including removal of funding for programs like the Civilian Climate Corps, and the reinstatement of money for a border wall, which Democrats are reallocating. Democrats, meanwhile, are eager to keep many of their priorities and have proposed using the appropriations bills to give a 13 percent boost to domestic and foreign aid spending.

Despite the Democratic majority in both chambers, Republicans still have major sway. Because Democrats need 60 votes to pass the funding bills in the Senate, they need 10 Republicans to sign on to the proposal, giving members of the minority leverage over what they’d like to see included.

One way certain Republicans have suggested gutting Democratic priorities is by passing a longer-term CR, which would freeze spending levels for different programs at those set by the Trump administration.

In the past, Congress has typically passed a short-term spending bill to keep the government running for a few weeks (or months) until lawmakers are able to agree on the full-year legislation. In 2020, lawmakers passed a CR in early December that expired at the middle of the month. In 2019, they passed a similar CR in mid-November that lasted until December. Both years, Congress went on to pass full-year spending bills in December.

This time around, however, some Republicans signaled they’d be open to extending a future continuing resolution for as long as a year.

“If there’s no progress [after December 3], we could be headed for a yearly CR. A lot of people would like that. One, that keeps all the riders off, you know? Think of that from our standpoint,” Shelby told reporters in early November.

Today I made an offer to negotiate on numbers & substance if we return to the Shelby-Leahy agreement (retain legacy riders & jettison poison pills). Pelosi & Schumer supported this model when Dems were in the minority. It is what worked then and what will work for FY22 bills. https://t.co/8nJzwDmpVB pic.twitter.com/uynDaLfLde

By pushing for appropriations to stay at the same level, Republicans hope to curb any spending changes Democrats have proposed, and restrict their ability to boost appropriations to implement their agenda. Democrats, meanwhile, have argued that funding the government at existing levels for the whole year would have detrimental consequences for many programs.

“An endless cycle of continuing resolutions is not a responsible way to govern,” Senate Appropriations Chair Patrick Leahy said in a statement earlier this year. “It means cuts to veterans, cuts to national security and defense, handcuffing our response to the pandemic, and not meeting the challenges of climate change.”

As Leahy alluded to, keeping funding levels the same as last year would mean that the government is less responsive to new needs that have emerged as the pandemic has continued, and that services that combat violence against women and support child care would have less funding than Democrats would like.

What’s next for funding the government

Congress has a massive to-do list to check off before the end of the year, including approving government funding, addressing the debt ceiling, passing legislation to authorize annual defense spending, and approving Democrats’ $1.85 trillion social spending bill.

Because of the impending December 3 deadline, lawmakers must tackle government funding first.

If lawmakers don’t approve a CR by the end of Friday, the government would shut down, much like it did in 2019, 2018, 2013, 1996 and 1995. When the government shuts down, workers across many agencies are furloughed and services including immigration case processing, food inspections, and tax preparations are slowed.

Historically, the parties controlling Congress have gotten the blame for a government shutdown, making it advantageous for members of the minority to withhold support for funding and cause one. This year, certain House Republicans including Reps. Marjorie Taylor Greene and Chip Roy have pushed Senate lawmakers to shut down the government, though other Republicans seem to be less receptive.

Avoiding a shutdown this week doesn’t mean the conflict over the spending bills is done, however. Because the new short-term spending bill is expected to expire in January, lawmakers will have to decide if they want to pass another short-term bill at that point, or if they’ll be ready to pass the full-year bills by then.

In the past, a December CR has led to a full-year bill. Whether that will happen again this time is still up for debate.