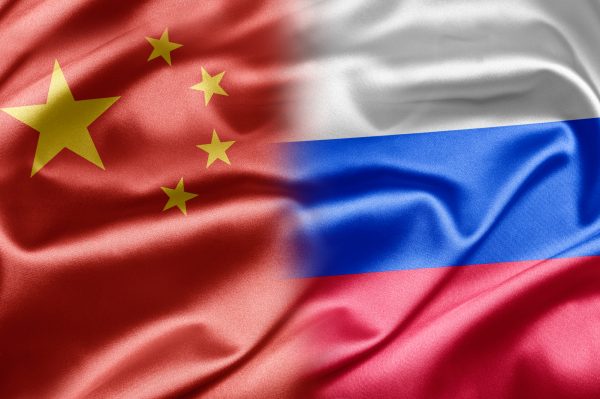 The conflict between Russia and Ukraine has caused a cyber war among Chinese netizens. In polls on several Chinese websites, generally about 40 percent of Chinese people remain neutral, about 30 percent support Russia, and about 20 percent support Ukraine. These sentiments reflect the social basis for the Chinese government’s abstention in the U.N. General Assembly vote on a resolution condemning Russia.

Those Chinese who support Ukraine, and see Russia as an invader, have strong legal reasons to do so. They recognize Ukraine as a sovereign state, and that it is Ukraine’s right to choose whether or not to apply to join NATO. Even if Russia no longer tolerates Ukraine’s “pro-Western” proclivities, it has no right to take military action.

However, Chinese supporters of Russia have criticized these simple legal grounds. They ridicule those partial to Ukraine as “pro-Americanists” and dismissive of U.S. military actions against Yugoslavia, Afghanistan, Iraq, Libya, and Syria. In the eyes of Russia’s Chinese supporters, all major countries should enjoy greater security borders. Just as the United States did not tolerate the Soviet Union’s deployment of missiles in Cuba, they assert Russia certainly has the right to “teach Ukraine a lesson.”

According to this viewpoint, acing with the encouragement of NATO and the United States, Ukraine has continued to provoke Russia on security issues, and finally Putin fought back. The view of pro-Russian Chinese netizens is that Ukraine was obviously cheated by the United States and NATO and became their mercenary. (These views will strike many as distasteful, but it is important to acknowledge that they exist. Here I should note that I have published articles in Chinese strongly opposing some Chinese netizens who talk about Ukraine in a sarcastic and disrespectful tone.)

The logic of great power security in international relations is only part of the reason some Chinese support Russia. The strategic partnership developed between China and Russia in the past 20 years serves as the diplomatic basis for them to support Russia. More importantly, China has long been restrained by U.S. foreign policy, prompting a natural Chinese empathy for Russia’s security concerns and compassion for Russia. They also believe today’s security threat from the United States will also affect China in the future.

Moreover, President Vladimir Putin’s “tough guy” image has many fans in China. The embrace of Putin represents the essence of China’s social opposition to U.S. hegemony.

In fact, criticism of U.S. hegemony is popular all over the world. There are now almost 40 countries sanctioning Russia, all of which are in the U.S. sphere of influence. The vast number of developing countries, however, including Brazil and India, did not join the sanctions on Russia. I believe that in many developing countries, the prevailing view of Russia’s military action likely shares the same logic as those in China.

However, the fact that many Chinese people support Russia does not mean China’s foreign policy will turn to Russia in a comprehensive way. More Chinese people want their nation to remain neutral. The Chinese people are more concerned about how the conflict will affect energy prices and economic development, as well as what long-term impact will they have on China’s future. After all, many Chinese didn’t see this conflict coming.

More importantly, most Chinese don’t understand why Russia hasn’t won a final victory nearly a month into the conflict. Many Chinese wonder: What is the strategic goal Russia hopes to achieve? Did Russia have a better choice?

These questions are being asked in China not just because the Chinese are concerned about Russia’s security dilemma, but also because they believe that the earlier Russia ends the conflict, the better it will be for everyone. In China, oil prices are rising and the stock market is volatile. No one wants the conflict to continue.

In the view of most Chinese people, neither Russia’s military action nor a Ukraine aligned with the United States and NATO is the perfect solution.

Even though Russia borders China, Chinese people actually know little about it. Many of the older generation of scholars spoke Russia, but today, few young scholars can speak Russian and fewer and fewer Chinese institutions communicate frequently with Russian think tanks.

The overall feeling in China is that Russia has a strong tendency toward national expansiveness and is more sensitive to the needs of resources, land, and security than most countries. This can explain why countries neighboring Russia have been afraid of it since the time of Peter the Great. It also helps explain the importance of consolidating China-Russia relations and maintaining the stability of the northern border over the past 30 years. From China’s perspective, this was the strategically correct choice.

As for Ukraine, most Chinese know even less about this country. It is a beautiful land, but a sad one in many respects. Historically, Ukraine has always been attached to powerful countries. It was successively occupied by the Golden Horde Khanate and the Grand Duchy of Lithuania and Poland, before being merged with czarist Russia in 1654. In modern times, it experienced tragedies such as the great famine in Ukraine and the Chernobyl incident. In 1991, the Soviet Union disintegrated and the thousand-year-old Ukrainian society became independent. However, the biggest tragedy of Ukraine is that it is always the site of a tug-of-war between Europe and Russia.

In fact, in my opinion, war is not only playing on militarily on the soil of Ukraine. It even goes beyond the three-dimensional overall war now led by the United States against Russia in the realms of politics, diplomacy, finance, trade, currency, and public opinion. The Ukraine war now involved the participation of the whole society, thanks to an information explosion that even includes live broadcasts. Almost all concerned netizens – in China and anywhere else around the world – are observing the war with a sense of involvement.

But the narrative of the war changes sharply depending on the sources of information. Many Chinese, due to longstanding accusations of “fake news” put out by Western media and the pro-Western nature of Ukrainian media, are more willing to trust the Russian media. In recent years, especially starting from the Trump administration’s economic, scientific, and educational war against China, and continuing amid Biden’s ideological offensive against China and his interference in the issues of Xinjiang and Hong Kong, most Chinese have a very negative impression of the U.S. government and media.

Thanks to years of accumulated distrust, if the U.S. and Western media say something is black, many Chinese will automatically believe it is white. Unless the United States can grasp this basic fact, it can never hope to understand Chinese perceptions of the Ukraine war.