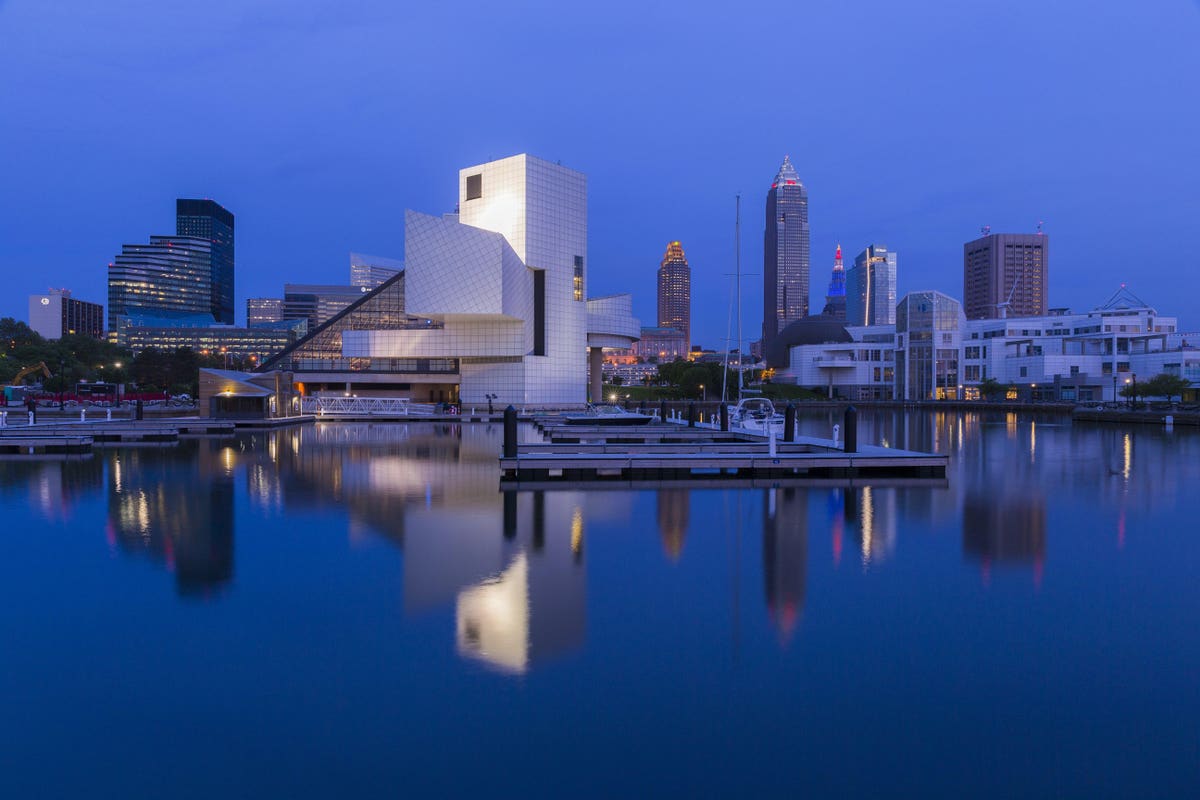 It’s not often you see Cleveland, Ohio, appearing in a Top Ten List of most desirable cities to visit. For residents such as Melissa Khoury, who know and love this vibrant city located along the southern shore of Lake Erie, this is a slap in the face.

Khoury, owner of Saucisson, a boutique butchery, says, “Cleveland is a great city and has grown so much over the years. I want people to know we have a vibrant restaurant scene, a beautiful theater district and some amazing parks within city limits. As a native to the city having moved away and come back it was amazing to see my city grow while I was away. The city is still evolving, but on a national level we can’t seem to shake this ‘mistake by the lake’ mentality. Part of me wants to keep Cleveland our own little secret, but that wouldn’t be fair of me.”

Jeremy Umansky of Larder Delicatessen & Bakery adds, “Cleveland is the biggest small town in the country with the friendliest people you’ll ever meet. We have all the amenities that you’ll find in other major metropolitan areas at a fraction of the cost. As far as I’m concerned, we have one of the best and most exciting culinary cultures in the world to boot.”

A mid-size lakefront city that offers world-class experiences, Cleveland has never been trendy or perfect. Cleveland’s story is one of industry, innovation and resilience that is characterized by risk-taking, artistry and grit. It’s a sports-craved city also known for culture and rock ‘n’ roll as well as outdoor recreation and an award-winning culinary and brewery scene.

However, Cleveland’s unenviable history of coming up short on the world’s biggest sports stages may explain some of the lack of respect the city receives. They last won a World Series in 1948 and they have yet to win a Super Bowl. Even Ohio native LeBron James eventually left for greener pastures.

Be that as it may, from renowned cultural institutions to vibrant neighborhoods, inspired food and beverage offerings, action-packed sports and popular green spaces, engaging experiences can be found around almost every corner in Cleveland. Visitors enjoy a welcoming vibe and a come-as-you-are attitude from locals as they explore an impressive lineup of world-class experiences without the world-class ego.

Beyond a downtown district that’s celebrating a resurgence of residents and activity, the city’s vibrant neighborhoods show off the longstanding independent spirit, ethnic heritage and artistic creativity of Clevelanders. Plus, getting to Cleveland is convenient; the city is located within 500 miles of nearly half of the country’s population so it’s a short drive or flight away for many.

Highlights for visitors include:

* University Circle, the country’s most concentrated cultural cluster, is home to institutions built on the city’s philanthropic tradition, including Cleveland Museum of Art and The Cleveland Orchestra.

* The greatest stories and biggest names in rock and roll live on at the Rock & Roll Hall of Fame. Multiple theaters, interactive stations and special exhibits tell the story of one of the world’s most powerful art forms. The Rock Hall is dedicated to exploring the past, present and future of music and the cultural context from which it emerges.

* Delicacies such as Christmas-Ale-flavored bacon, fresh produce and filled-to-order cannolis await visitors to West Side Market. The more than a century-old food lover’s paradise is in the Ohio City neighborhood. The subway-tiled, barrel-vaulted concourse is home to more than 100 food stands, many of which have been family-operated for generations.

Over the years Cleveland has evolved into a foodie’s paradise with a culinary scene that blends influences from more than100 diverse ethnicities found throughout the city with traditional cooking techniques as well as modern twists. Both new entrepreneurs and longstanding chefs are creating deliciously memorable experiences that showcase the city’s multiculturalism and bring visitors back for seconds. The restaurant scene ranges from chef-driven restaurants to neighborhood eateries like Angie’s Soul Food Café and Beckham’s B&M Bar-B-Que, which celebrate the city’s predominant black culture.

New restaurants include Primo African Quisine which highlights the co-owners’ homeland of Benin, Nepalese and Indian cuisine at Café Everest, Puerto Rican specialties at The Blessed Café and, from acclaimed chef Doug Katz, Indian-fusion restaurant Amba is set to open in 2022. Indie E. 4th celebrates the owners’ love for indie music, with walls covered with posters from 17 years of concerts attended by the pair.

New brewery offerings include Immigrant Son that pays homage to the owner’s Hungarian heritage and the melting pot of ethnic influences shaping Cleveland’s craft beer scene and Schnitz Ale Brewery which features a first-generation Polish American brewmaster. BrewDog, opened Dec. 2021, is located on a bend of the Cuyahoga River and features a 10,000-square-foot taproom and restaurant with 28 beers on draft and a massive riverfront patio with a kids’ play area, dog park and firepits.

Visitors can choose from a wide array of accommodations. Soon to open, ROOST Apartment Hotel blends the comfort and practicality of an apartment with the amenities and design of a boutique hotel. The 62 studio, one and two-bedroom apartments are available for stays of all lengths, with amenities including a yoga studio, large makerspace, three-story open-air atrium and panoramic rooftop terrace.

A former NASA site is being converted into The Orbit Hotel, a 54-room, boutique hotel with mid-century modern design, fitness center and outdoor pool. The building was constructed in 1964 while Cleveland’s NASA Glenn Research Center played an important role during the space race.

A 1960s modernist skyscraper in Downtown Cleveland will host a new W Hotel, opening in 2023. Plans for the 210-room hotel include a 15,000-square-foot ballroom and event center, a full-service spa and gym and a restaurant and bar on the 38th floor with panoramic city views.

After extensive renovations, the Renaissance Cleveland Hotel will be rebranded as the Hotel Cleveland, returning the city’s second-largest hotel to its original, historic name. The 491-room hotel will be part of Marriott’s Autograph Collection, a group of distinct, independent hotels. Renovations to the 1918 building are to be completed in 2023.

Emily Lauer, Vice President, PR & Communications, Destination Cleveland, says, “People are finally figuring out what they’ve been missing: Cleveland is more than a flyover city. For nine consecutive years prior to the global pandemic, the region’s annual visitation grew at a rate greater than domestic visitation growth. More and more travelers are discovering why Cleveland is a destination like no other. As visitors experience the world-class attractions, diverse neighborhoods, incredible cultural assets and genuine hospitality, they see firsthand why the city is not to be overlooked.”