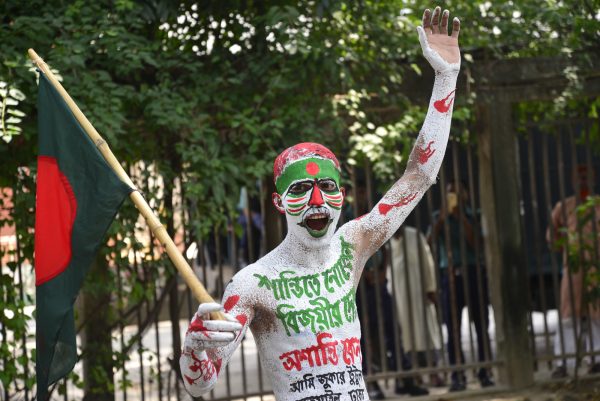 On December 13, the Dhaka Tribune ran an editorial titled, “No excuse for declining international assistance for Rohingya,” which lamented the lack of international support for Bangladesh in hosting the 1.1 million Rohingya refugees currently residing in Cox’s Bazar.

The piece states, “Dhaka’s repeated calls seem to have fallen on deaf ears. And it is doubly frustrating when economic and other assistance are stalled…” The article goes on to claim that only $366 million of the requested $1 billion in required humanitarian assistance had been disbursed by July 2021. (Actually, the figure as of December 2021 stands at $652.7 million.)

While it may be popular domestically for Bangladesh to lambast the “international community” for its failure to fund the humanitarian response, if Bangladesh is asking for $1 billion a year to provide humanitarian services, then it needs to allow the actors providing services to do so at a bare minimum standard. At present, that is far from the reality.

What the Dhaka Tribune’s editorial fails to mention is the long list of concerns that donors have about the trajectory of Bangladesh’s response. Donor lethargy in relation to the Rohingya context is largely of Bangladesh’s own making. Bangladesh has been open about its strategy of ensuring that living conditions for the Rohingya are no better than they were in Myanmar, so as to discourage them from staying. Through policies such as restricting the movement of refugees and caging them in with barbed wire fencing; pressuring people to relocate to the remote island of Bhasan Char; denying refugees’ employment rights and access to education; only allowing humanitarian access between 9 a.m. and 4 p.m.; and the extreme securitization of the camps, the government of Bangladesh has tied the hands of humanitarian workers so tightly that every time a decision to add more money to the humanitarian response is made, donors have to ensure they are not becoming complicit in a plan to push the Rohingya back to Myanmar.

What Bangladesh calls protection is in fact containment and isolation. Rohingya and humanitarian workers have for years tried to voice their growing concerns about violence and insecurity in the camps, an issue that gained headlines in September of this year when the Rohingya leader Mohibullah was gunned down in his office in Kutupalong refugee camp. It was reported that authorities, United Nations agencies and the diplomatic community had all been made aware that Mohibullah had received death threats. While the most prominent Rohingya leader, Mohibullah is one of at least 17 moderate Rohingya leaders who have been killed in the camps since 2017, in October this year, seven young men were massacred at an Islamic seminary.

The current state of violence in the camp is exacerbated by the extreme securitization that the Bangladeshi government claims is necessary to keep refugees safe. Refugees are not permitted to move out of the camp, a measure enforced by the government of Bangladesh by the erecting of barbed wire fences. In March of this year, when a massive fire broke out in the camp, the fence trapped people in and prevented rescue efforts. As a result, at least 15 were killed and more than 45,000 left homeless. Humanitarian actors, who never supported the fence, called for it to be removed after the fire, but their pleas fell on deaf ears.

Despite the murders and extreme security measures, the government of Bangladesh does not allow relocation of individuals outside the camp, even for their own protection. This has left humanitarian actors asking what type of protection services can realistically be provided without access to legal institutions and basic security. As one donor put it, “there’s only so much you can do in a bamboo hut on a hill.”

The human rights of Rohingya in Bangladesh are further restricted by the government’s refusal to let them work, meaning that refugees are dependent on humanitarian aid to survive. Authorities run the camp with an iron fist. Just last week, without warning, a camp official bulldozed over 1,000 Rohingya shops inside the camp, cutting off a critical source of income for shop owners. As one person stated, “They broke down my shop. That was my only means of livelihood. With its income, I could support a family of seven.”

Finally, and most absurdly, the editorial criticizes the lack of support for operations on Bhasan Char. Bhasan Char, known amongst the Rohingya community as “death island,” has loomed over the humanitarian community as a threat since early 2018. Bangladesh is aiming to relocate 100,000 refugees to a remote island off the coast of Chittagong. A 2021 report from Human Rights Watch states:

With the approaching monsoon seasons, refugees and humanitarian workers alike fear that inadequate storm and flood protection could put those on the island at serious risk. This, alongside food shortages, unreliable water sources, lack of schools and health care, and severe restrictions on freedom of movement, makes may refugees fear they are stuck on “an island jail in the middle of the sea,” as one child described it.

Donors do not want to fund a prison island. The United States, the largest donor of the U.N. refugee agency UNHCR, has already said it would not fund operations on the island due to the serious concerns about its safety and suitability as a resettlement site. However, using the COVID-19 pandemic as a catalyst, Bangladesh moved forward with relocating refugees to the island in the face of strong resistance from the humanitarian community. This left U.N. agencies in the unenviable position of deciding between attempting to continue to provide life-saving services to refugees on the “island jail,” or declining their support and leaving the refugees to fend for themselves.

While back in 2017 Bangladesh was praised for allowing the Rohingya to seek safety from the appalling violence they faced in Myanmar, this does not give the government a free pass to bully, abuse, and neglect the Rohingya while they are under the government’s protection. Protection in the camps is the responsibility of the host government and humanitarian actors can only act within that framework. If the host government has created a situation where it impossible to provide services to improve the situation of the refugees, it is only logical that donors will send their money to other places where it can make a difference.

With the Rohingya crisis moving into its fifth year in 2022 and new humanitarian crises raging in Afghanistan and Ethiopia, Bangladesh will be competing with other situations for humanitarian aid. If Bangladesh maintains the status quo, it can expect donor funds to continue to dry up. This will not only cause the situation in the camps to continue to deteriorate, but domestic audiences should be concerned that it will also impact the employment and economic activity in Cox’s Bazar that comes with a $1 billion a year humanitarian response.

So, the answer is simple: Bangladesh, make the camps safe for refugees.