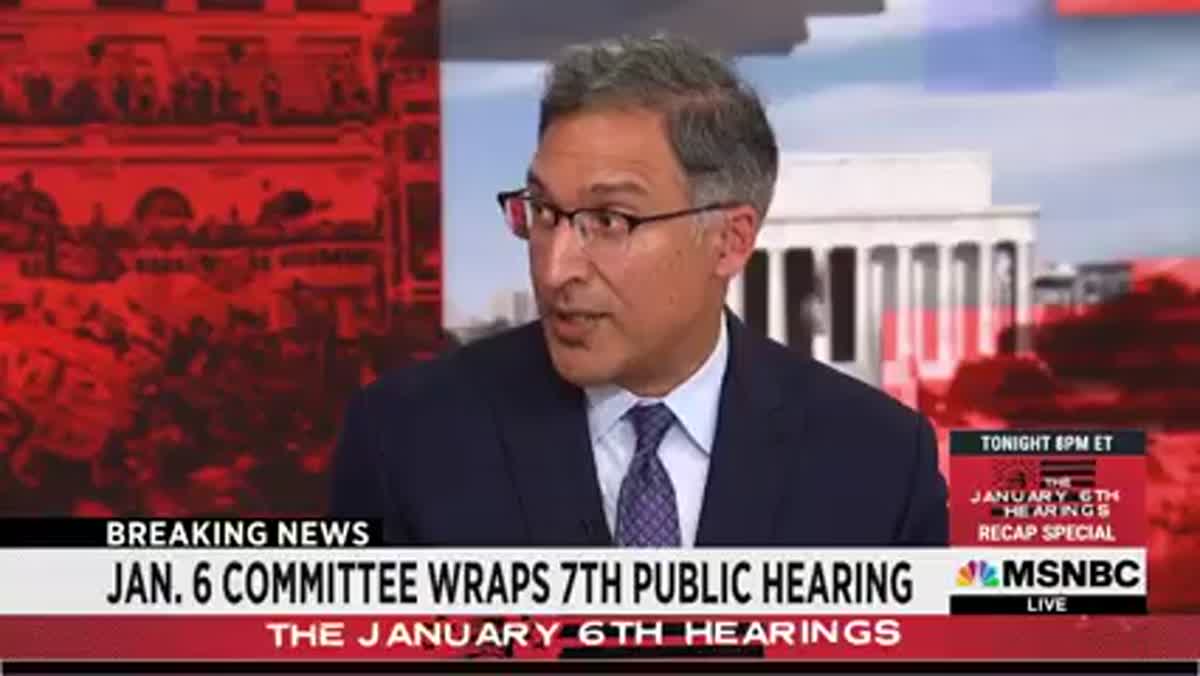 Donald Trump is now committing crimes in real-time as the Jan. 6 select committee investigates the crimes he already committed while in office.

That’s the bombshell Rep. Liz Cheney of Wyoming, vice chair of the committee, dropped at the conclusion of the panel’s seventh hearing documenting Trump’s coup plot. Cheney revealed that Trump apparently attempted to contact an unnamed witness whose testimony isn’t public yet.

“After our last hearing, President Trump tried to call a witness in our investigation—a witness you have not yet heard from in these hearings,” Cheney said from the dais, noting that the person declined to answer Trump’s call and instead referred the information to their lawyer.

“Their lawyer alerted us and this committee has supplied that information to the Department of Justice,“ Cheney said, adding, “Let me say one more time: We will take any effort to influence witness testimony very seriously.”

At this point, one has to question why Trump is still walking around a free man. He is actively interfering in an ongoing congressional proceeding, intimidating witnesses, thumbing his nose at the feds, and yet hasn’t suffered a single consequence thus far.

It could be a “very easy criminal case if the evidence is the way Congresswoman Cheney suggested it might be,” Katyal told MSNBC following the hearing. Katyal said it’s “a pretty simple test” because Trump, acting as a private citizen, has no possible privilege claims.

Depending on what transpired, Katyal added, “it could be pretty serious.”