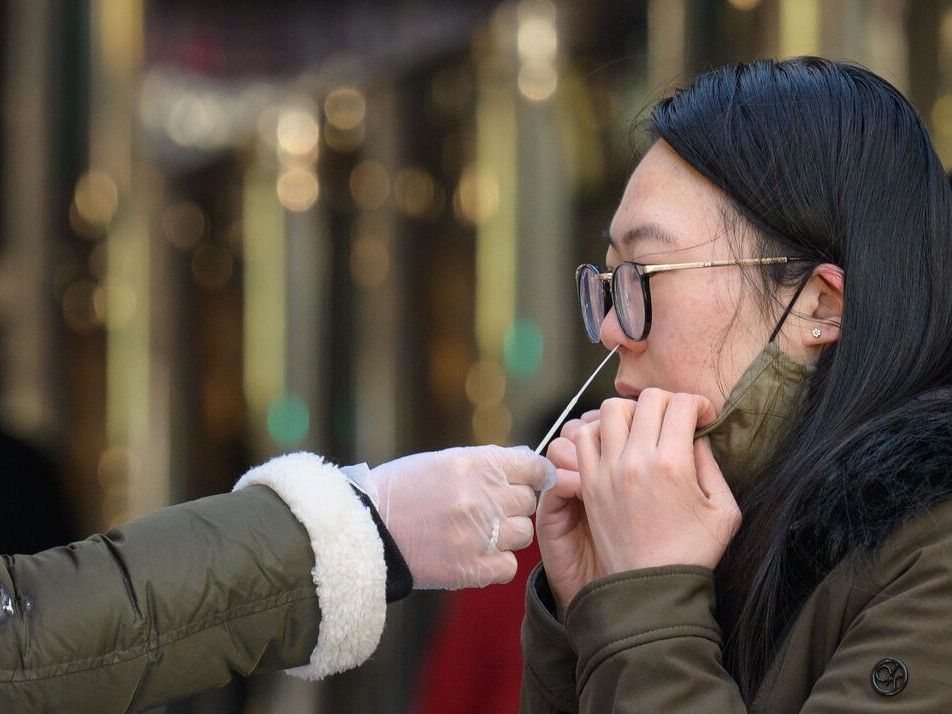 As COVID-19 hospitalizations stay relatively stable in the face of unprecedented infections caused by the Omicron variant, public health officials are now speaking openly about abandoning daily case counts, which up until now have stood as one of the key data points of the COVID-19 pandemic.

Just before the new year, Nova Scotia’s top doctor Robert Strang said that under Omicron, they would be paying closer attention to the “severity” of the wave rather than its raw numbers.

“We’re shifting to a much greater focus on hospitalization data,” he said at a Dec. 28 briefing .

In Ontario, the province’s Chief Medical Officer of Health Kieran Moore said last week he was keeping an eye on hospitalizations rather than case counts to gauge the severity of the Omicron wave.

This view was made even more explicit in KFL&A Public Health, the health region for the area surrounding Kingston, Ont. In a media briefing last week, the region’s medical officer of health Dr. Piotr Oglaza said case counts would “no longer be a true reflection” of the impact of COVID-19.

“I believe that we are at the point with the wide spread in the community where it’s the hospitalization or ICU admissions that are truly the key indicator of how significant the impact is,” said Oglaza.

It’s a view also reaching the mainstream among public health leaders in the United States. “It is much more relevant to focus on the hospitalizations as opposed to the total number of cases,” Anthony Fauci, the White House’s chief medical advisor, told ABC News this week.

It’s now been more than a month since the Omicron variant of COVID-19 was first identified in South Africa. On Tuesday, an official with the World Health Organization said they may be witnessing a “ decoupling ” between case rates and severe illness.

In prior waves of COVID-19, a surge in cases was usually a reliable indicator that a corresponding surge of deaths and hospitalization would be coming within days.

But WHO Incident Manager Abdi Mahamud said that Omicron seemed to be bucking this trend mainly because of where it strikes.

“We are seeing more and more studies pointing out that Omicron is infecting the upper part of the body,” said Mahamud. The result is that Omicron largely leaves patients with cold-like symptoms such as coughing and sore throats without yielding the severe pneumonia of prior variants.

In Canada, early data is indeed showing a virus with an unprecedented power to infect without yielding the rates of severe illness seen in prior waves.

This time last year, Quebec was seeing an average of 50 COVID-19 deaths every day. In all of Quebec’s prior COVID-19 waves, case counts surged no higher than about 2,500 per day. Under Omicron, they’ve been higher than 3,000 per day since mid-December. On Tuesday, the province set a new record high of 14,494 , but reported a comparatively low 21 deaths.

In Ontario, the rate of new daily cases has been reaching unprecedented highs since before Christmas. Despite this, it has yielded roughly 100 more people in ICU as compared to conditions before the Omicron surge. As of Jan. 4, there were 263 adults in ICU due to COVID-19 as compared to 167 on Dec. 6 .

What’s more, an increasingly number of these hospitalizations represent patients who just happen to be carriers of COVID-19 — rather than people who were admitted as a result of COVID-19 complications.

In a Dec. 30 briefing, Kieran Moore said that one Ontario hospital had estimated that up to 50 per cent of its COVID-19 patients were “incidental.” That is, the patient was admitted for another condition and a routine test for COVID-19 happened to come up positive.

In U.S. jurisdictions keeping closer tabs on “incidental” infections, the rates are even higher. On Tuesday, the Los Angeles County Department of Health Services  reported that roughly two-thirds of its COVID-19 patients were admitted for conditions other than the coronavirus.