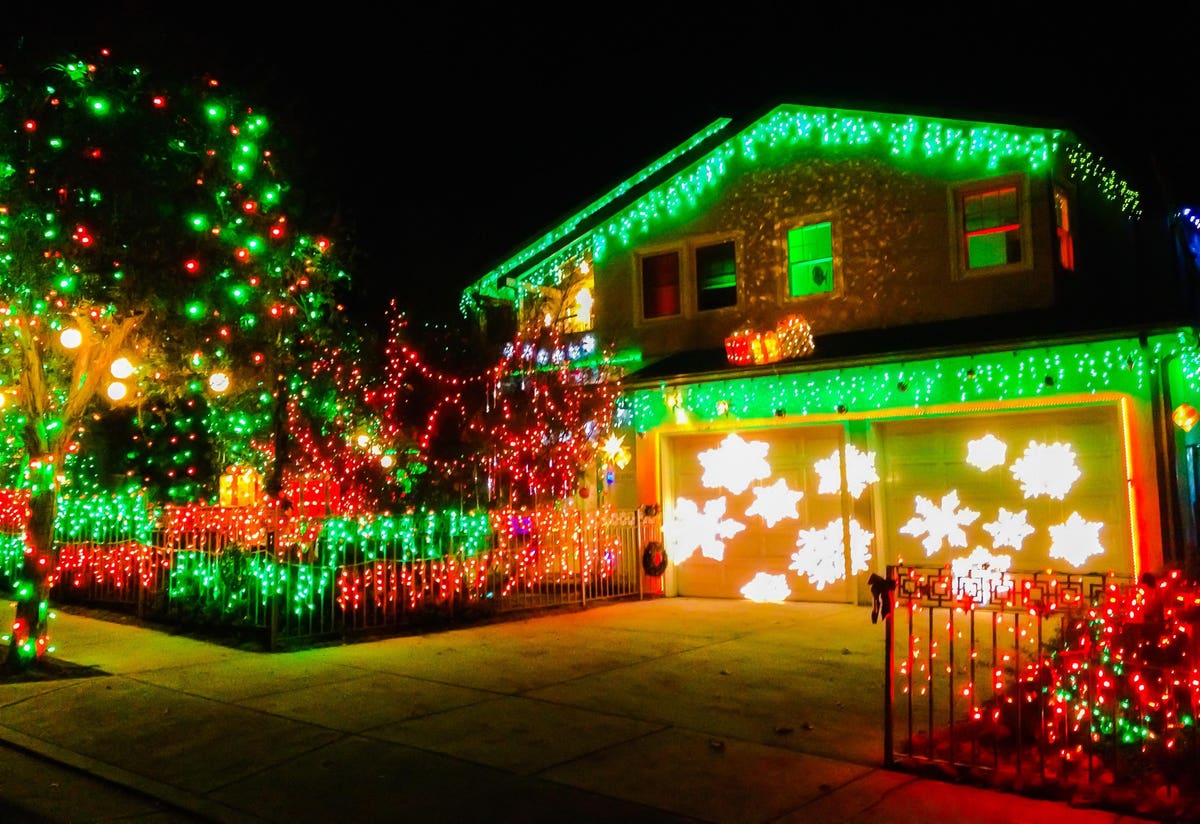 If this season brings out the Clark Griswold in you, the Federal Aviation Administration (FAA) has a request. While over-the-top home decorations may spread both Christmas cheer and jealousy among your neighbors, please make sure your holiday laser lights are aimed at the house and not the sky.

In recent years, holiday light projectors have become all the rage in seasonal decorating, bringing ease to a task that traditionally required untangling endless yards of string lights and standing on a ladder in the bitter cold.

In a recent statement, the FAA said that holiday laser displays can cause major problems for pilots. “Each year, we receive reports from pilots who are distracted or temporarily blinded by residential laser-light displays,” said the agency.

“You might not realize this, but a well-meaning attempt to spread holiday cheer has the potential to create a serious safety risk to pilots and passengers on airplanes that fly overhead,” continues the statement. “So please make sure all laser lights are directed at your house and not pointing towards the sky. The extremely concentrated beams of laser lights reach much farther than you might realize.”

Laser strikes have been reported as high as 10,000 feet, according to FAA data. As of November 22, the agency had received 8,550 laser strike reports for 2021, up from 6,852 in all of 2020. This marks the highest number of laser strike incidents since FAA began tracking such incidents in 2010.

Moreover, laser strikes have spiked since the pandemic began. The number of reported incidents in 2020 jumped 12% compared to 2019, despite a 60% year-over-year decline in overall flights flown last year.

Most incidents involve individuals pointing beams into the night sky as planes are taking off or landing, two of the most dangerous times of a flight because pilots have less reaction time when they are close to the ground. Of all fatal air accidents, nearly half (49%) happen during the final descent and landing phases of a flight, while 14% happen during takeoff and the initial climb.

Since 2012, it has been a federal crime to intentionally point a laser at an aircraft. In an expansion of a 1961 regulation in reaction to increased hijackings, the FAA noted in a 2011 memo that the agency was “aware of an increasing number of incidents of lasers being pointed at aircraft, a scenario that could not have been contemplated by drafters of the original rule.”

The crime is punishable by up to five years in prison and a $250,000 fine, though most offenders get off with far less. The FAA has levied penalties of up to $30,800 for serial offenders.

If a holiday laser-light display is identified as one causing issues for pilots, the FAA will ask the homeowner to adjust the lasers or turn them off. But if warnings go unheeded, the homeowner could face a civil penalty of up to $11,000 per violation.