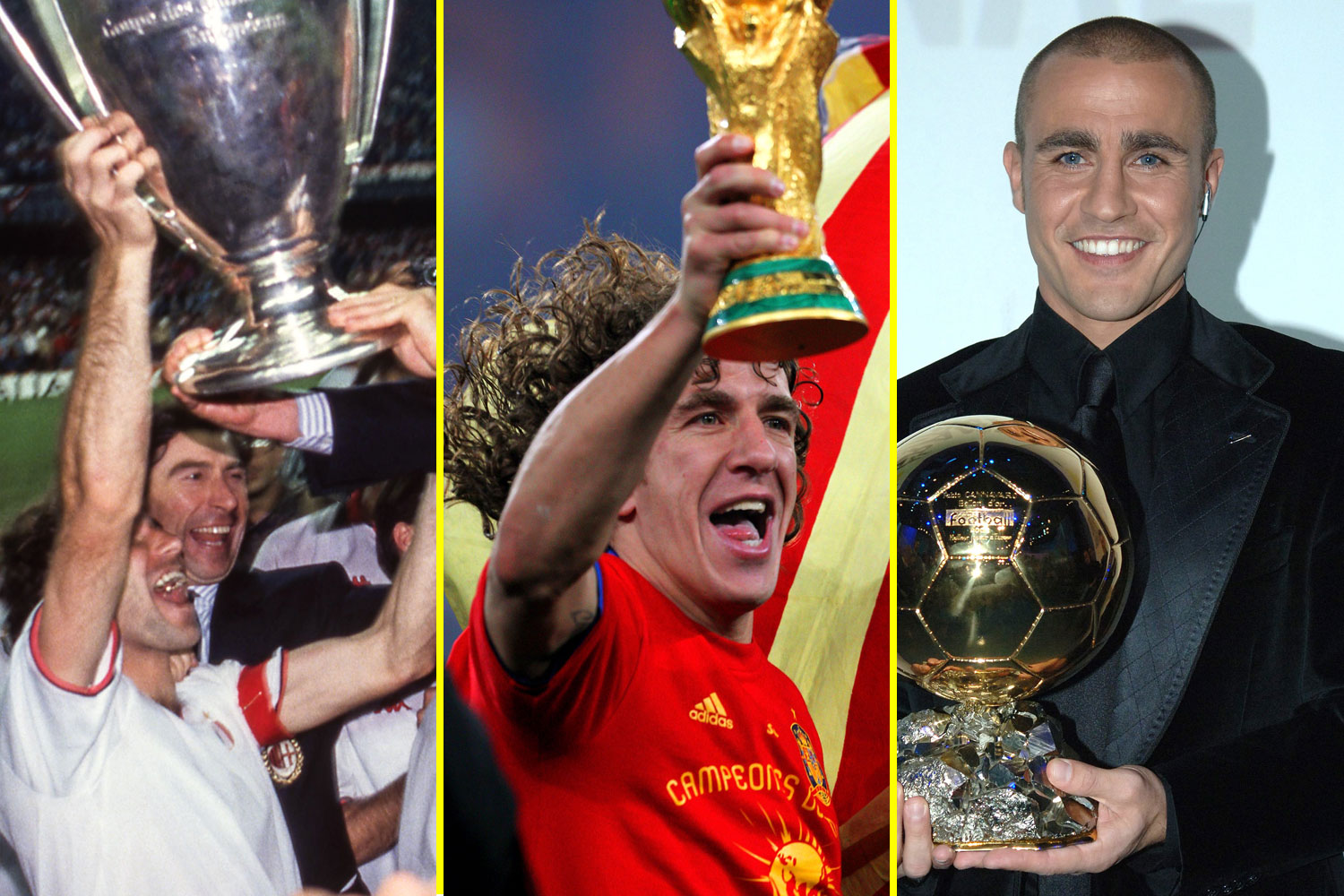 For some unknown, irrational reason, being a minimum of six feet tall is the ideal height for men in the developed world.

And there are suggestions that failure to cross the six foot threshold could affect your self-confidence, hold you back in your pursuit of career advancement and even prevent you from finding that special someone in your life.

Thankfully, football is a game for all heights. From Peter Crouch’s gangly 6ft 7ins frame to former Barcelona forward Ludovic Giuly, who’s a mere 5ft 3ins, you’ve got a chance if you’re good enough regardless of physical stature.

Lionel Messi being 5ft 5ins shows a smaller frame should never hold you back from achieving greatness, however, you’d never catch the Argentine maestro playing in defence.

It’s generally felt that you need to have some height on you to thrive as a centre-back, what with all that heading that’s required.

But there have been plenty of defenders who became legends of the game despite being under six feet tall.

Nicknamed ‘Piscinin’, which translates as ‘Little One’, but there’s no doubt Baresi achieved big things in his career.

Baresi was a one-club man, representing AC Milan for 20 years and the Italian national team for 12 years.

In that time he won six Serie A titles, three European Cups/Champions Leagues and was runner-up to former Milan teammate Marco van Basten in the 1989 Ballon d’Or award.

A World Cup always evaded Baresi but Italian compatriot Cannavaro has one of those to his name, captaining the Azzurri to glory in Germany back in 2006.

In the same year, Cannavaro scooped the Ballon d’Or award, beating the likes of Ronaldinho, Thierry Henry and Zinedine Zidane to the prize.

But they are the same in terms of height, with both 5ft 9ins tall.

From two of Italy’s best defenders to one of Spain’s in Puyol, who enjoyed a stellar 18-year career with Barcelona.

He’s been there, done that and got the t-shirt on the international scene too, playing a key role in Spain’s first World Cup triumph in 2010 and also winning Euro 2012 with La Roja.

Puyol was entering the twilight years of his career under Pep Guardiola, but he had a more than competent Mascherano to call upon too.

The Argentine was signed as a defensive midfielder but was promptly converted to centre-back in a Barcelona side that won everything. He continued winning more after Guardiola left.

His Barca career came to an end in 2018, which saw him collect 19 trophies before finishing his career two years later.

It’s testament to Barcelona’s famed philosophy that they’ve had a number of top centre-backs who aren’t tall.

Before the likes of Puyol and Mascherano came Koeman, who captained them to their first European crown in 1992.

As well as winning ten trophies in six years at Barca, Koeman won a number of trophies with Ajax and PSV Eindhoven in his native Netherlands.

Koeman, who stands at 5ft 11ins, was also part of the national team’s Euro ’88 winning campaign and has won Dutch Footballer of the Year twice.

And where better to finish than England legend Moore, who captained England to their, to date, only major trophy.

His height of 5ft 11ins may come as a surprise as he often looked an imposing figure on the pitch.

Although he doesn’t boast the same trophy haul as players above, the former West Ham man was a defender ahead of his time.

Moore would frequently play the ball out from the back or go on a dribble any striker would be proud of during an era where English defenders were encouraged to boot the ball out the ground at the first opportunity.

And like many more after him, Moore was never going to let his height, or lack of it, hold him back.