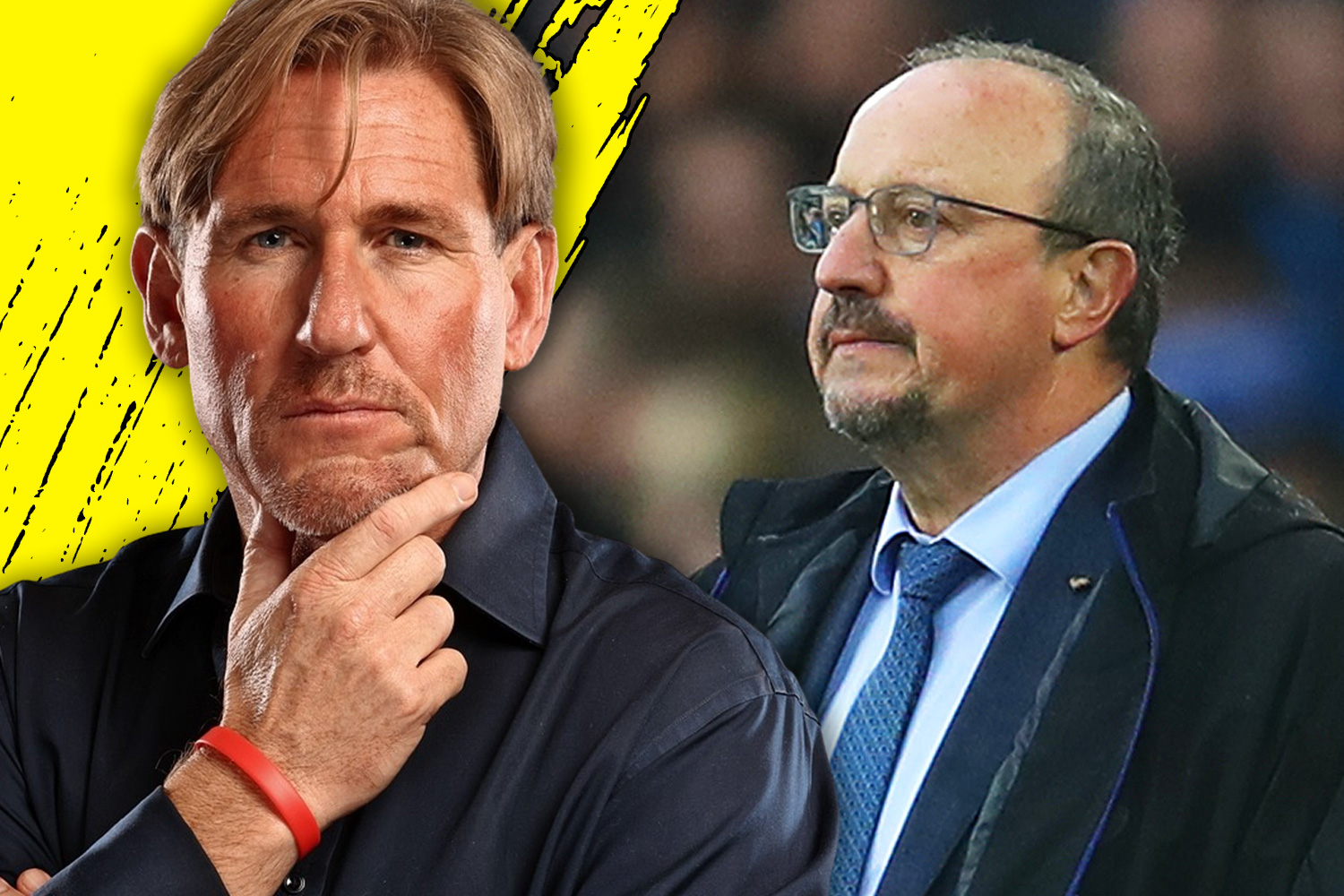 Simon Jordan has slammed Rafael Benitez for making out his failures at Everton weren’t his fault.

Benitez – who managed the Toffees for the first half of last season – has stated his legacy with fierce rivals Liverpool stopped him from being able to implement the changes he wanted at Goodison Park.

After winning the Champions League, the FA Cup and the UEFA Super Cup with the Reds between 2004 and 2010, Benitez said he feared Toffees fans would think his desired alterations would be seen as him trying to change the fabric of the club.

But former Crystal Palace chairman Jordan wasn’t having Benitez’s justification for the job going wrong, saying that he knew exactly what he was getting himself in for.

“One of the things I hate in life is people that trot out tropes without any substance behind it,” Jordan began on Wednesday’s White and Jordan show.

“So in this situation, Rafa Benitez puts this headline statement out there about ‘every reason why it wasn’t my fault’.

“Your team stank. They were awful at times, Everton. Now, you might have known, this was a poisoned chalice because you would’ve gone the moment you lost a game.

“You saw the reaction when you got the job, there was going to be this blowback.”

After numerous fan protests in reaction to Benitez’s appointment before the start of last season, the Spaniard’s tenure at the club went from bad to worse.

The Toffees earnt just 19 points in 19 Premier League games, meaning the former Newcastle, Chelsea and Real Madrid manager left the club with a win rate of 31.8 per cent – his lowest record in charge of an English club.

Since his departure from Goodison Park, Benitez hasn’t had another managerial role since.

And when asked by co-host Jim White as to why Benitez has suddenly come out and made these claims about Everton, Jordan simply said: “Because he wants a job.”