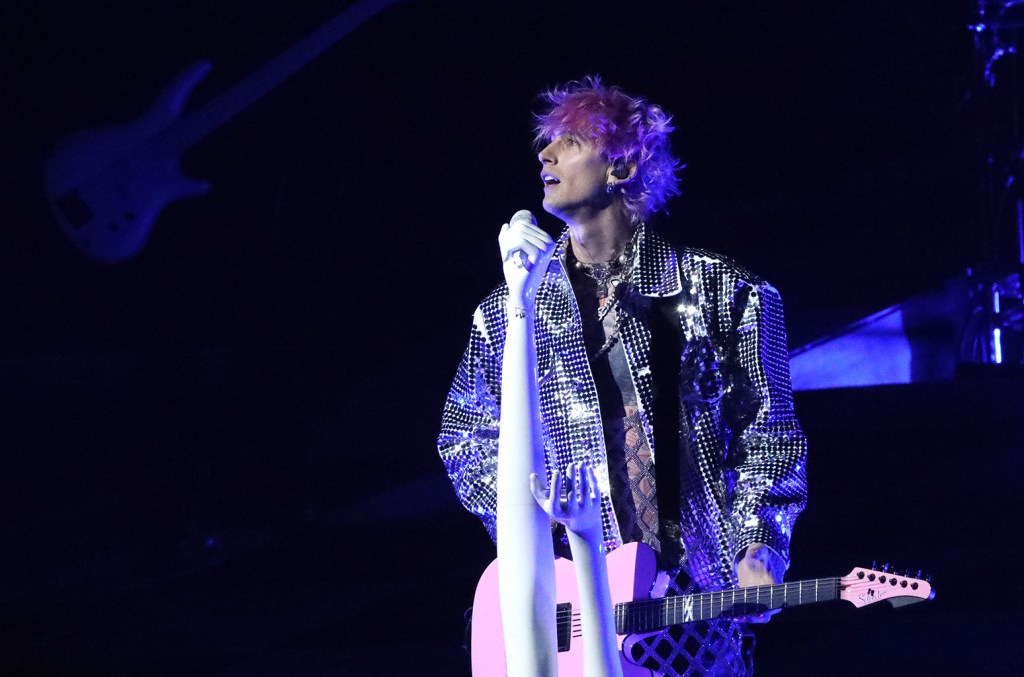 If you’re going to do the crime, at least do it right. That’s the message Machine Gun Kelly sent on Thursday (Aug. 4) when someone spray painted a series of explicit images and a homophobic slur on what they thought was Colson Baker’s tour bus. In an Instagram Story, the rap rocker said, “You’re so dumb. You spray painted a bus thinking it was my bus… wrong bus, you f—ing idiot! Do the first part of the crime right.”

Kelly, who said he was hanging around the buses until 4:30 a.m. after his Thursday night show at the CHI Health Center in Omaha, Nebraska, claimed that the mystery tagger waited until 5 a.m. to throw up their hateful message, which read “‘Rap Devil F—-t’ on one side with a giant image of an ejaculating penis on the other. According to TMZ, MGK brought at least four buses to Omaha — yellow, red, blue and green — and it appeared that only the red one was hit.

“You waited until 5 a.m. to spray paint… a d–k,” he laughed in the clip. “You could have been at home, cuddling with your partner, doing something. Instead you were like, ‘G–ammit, I just wish he would go up to his hotel room so I could spray paint this d–k!’” he added, with an on-screen caption that read: “but y’all never say or do any of this s–t to my face!”

Taunting the hateful sprayer, MGK noted that the offensive graffiti was washed off before he even saw it. “Aren’t you sad?” he taunted from his bed. “I didn’t even get to enjoy it. You suck.” The Omaha World-Herald reported that the vandalism occurred around 9:30 a.m., before the bus arrived at the venue and that the spray paint was “easily removed” with mineral oil with no permanent damage to the vehicle, according to police.

Check out video of the spray paint below as first spotted by Omaha native Leona Drake.