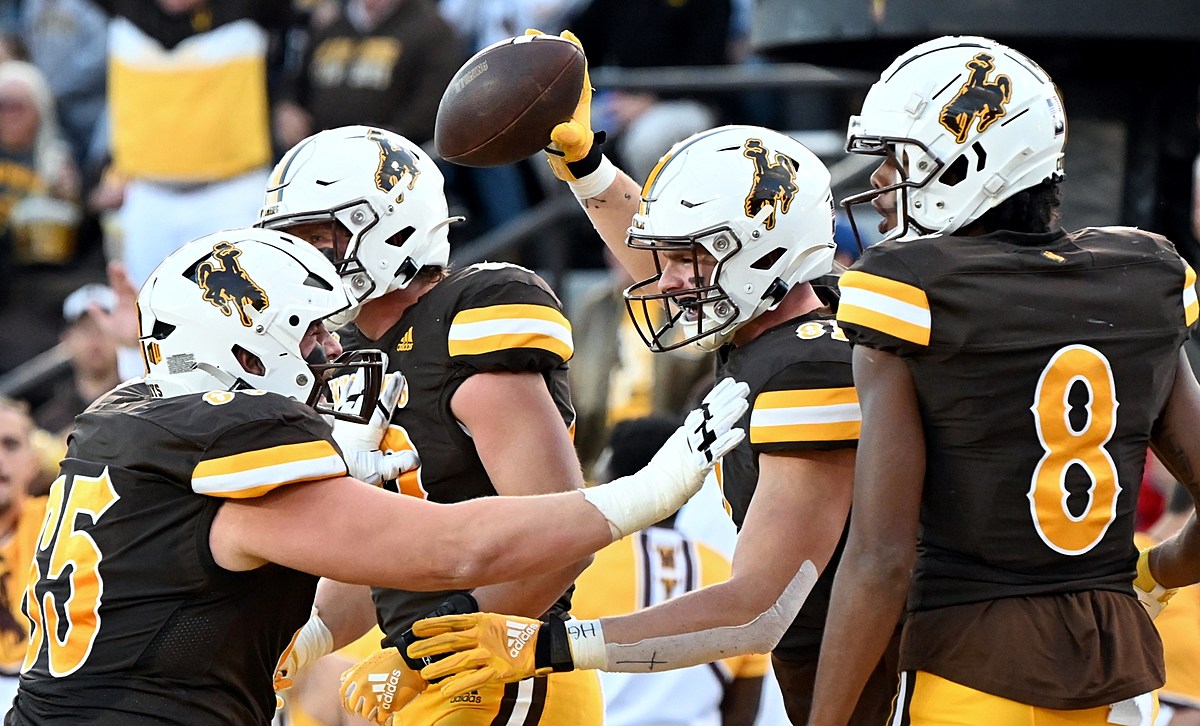 LARAMIE — We are a quarter of the way through the football season.

Can you believe that?

Better yet, can you believe the Cowboys are 3-1 and already 1-0 in Mountain West play with an impressive 17-14 victory over Air Force, the preseason favorite to win the division?

Wyoming has won three straight after a clunker in Champaign to kickoff the 2022 campaign.

Admit it, you were worried.

Featuring the third-youngest roster in the nation, the Pokes fell at Illinois 38-6. Quarterback Andrew Peasley, a player so many pinned their hopes on, came out of the gate with a 5-for-20 performance through the air that afternoon. He racked up 30 passing yards. He threw and interception.

It was a here-we-go-again kind of day.

* Wyoming Football: News and notes ahead of BYU

* Three stars of the game: Pokes vs. Falcons

* Turning point, unsung hero and what’s next for UW football

Since, this inexperienced squad has shown resilience. They have found ways to win. They’ve gotten better each week. Peasley’s numbers are a perfect example of this turnaround. Since that disastrous debut, the Utah State transfer has connected on 57-of-83 throws for 562 yards and three touchdowns.

It hasn’t always been pretty. At times, still maddening. Craig Bohl warned you about that.

“They’re trying hard,” Wyoming’s ninth-year head coach said. “But if you just start looking at all the different, new faces that are out there, I think the best way I would say is, they’re an emerging team. They are still going to be making some mistakes and we have to recognize there’s going to be some ups and downs.

“And with that, we have to stay the course and keep on encouraging them. We don’t know how the year is going to end, but I can tell you this is going to test us to the mat.”

The season rolls on this Saturday with a trip to an all-too-familiar place for Cowboys fans — Provo, Utah. Wyoming and No. 19 BYU will meet for the 79th time on a football field this Saturday. Kickoff is scheduled for 8:15 p.m. Mountain Time and the game will be televised on ESPN2.

(On a side note, huge thank you to DJ Johnson, who just continues to pump out amazing photos, capturing and documenting Wyoming football seasons. It’s a true passion for him and you can tell. We are all thankful for his continued hard work and the images he provides. We hope you love them, too.)